Tim Hortons has updated its iPhone app with some new changes, affecting the app’s design plus your mobile coffee orders.

According to the coffee chain, “we’ve made a few design changes,” specifically related to a new polished login screen. Also, for those who like to order black coffee, it’s now easier with a quick selector, placed next to ‘Regular’ and ‘Double Double’, saving you time before you finalize your mobile order for dine-in or take out.

Check out the changes in the app below: 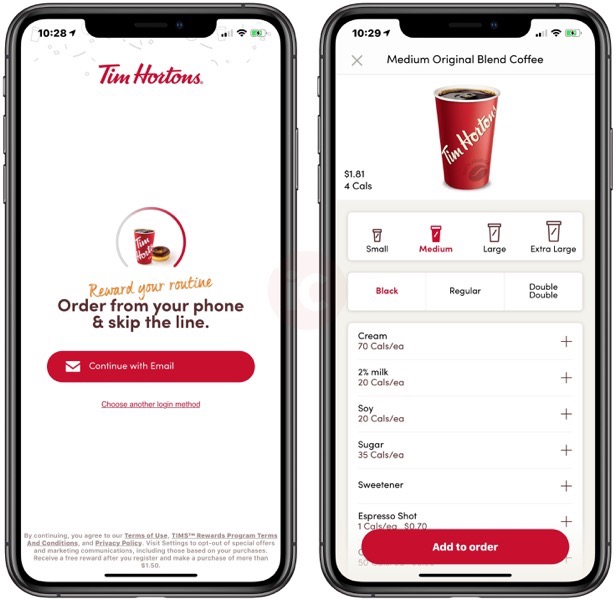 Back in March, Tim Hortons launched their new rewards program in Canada, offering 1 free item after 7 purchases. A later app update introduced the ability to add your Tim Rewards card to Apple Wallet.