Apple’s free App of the Week is Toca Hair Salon 2, which normally retails for $2.99 USD in the App Store. Here’s what the app is all about:

In this kid-friendly, super-creative app, you get to run your very own hair salon, with six fun characters to choose from. Cut, colour and style any way you want, using lots of different tools – from a simple comb and scissors to a curling iron and a straightener. Trim mustaches, spray mohawks bright pink and give someone the curls they’ve always wanted! 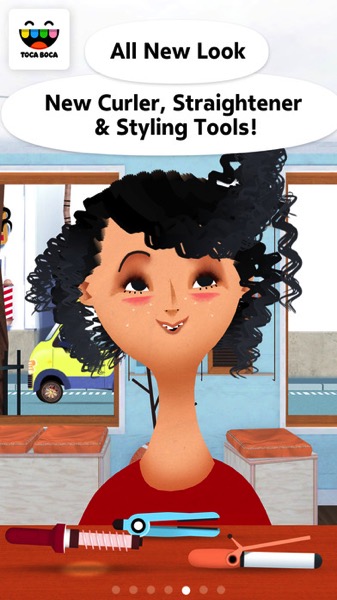 There are no in-app purchases to worry about, and reading from the reviews, this is going to be a fun app for kids of all ages.

Click here to download Toca Hair Salon 2 in the App Store while it’s free until next Thursday.