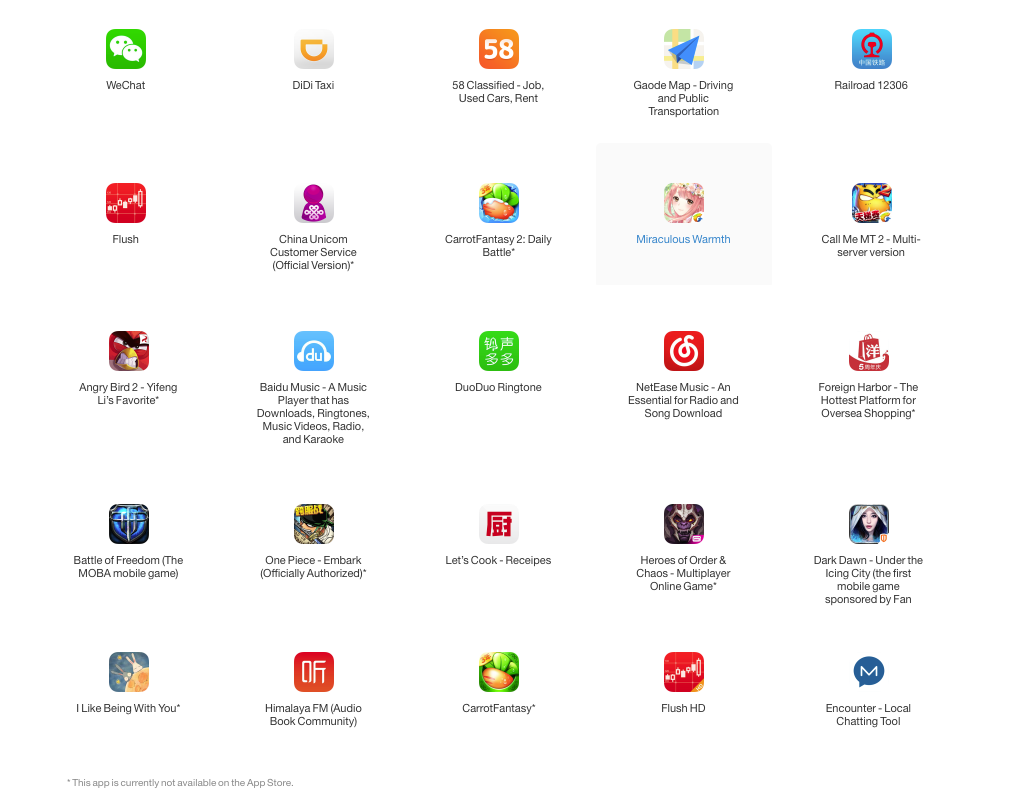 Apple today updated its XcodeGhost Q&A page with a list of the 25 most popular apps infected by XcodeGhost adware. We say “adware” because, so far, there has been no evidence of any malware infection, as the latter means the apps trick the users into revealing sensitive data such as iCloud logins and the like.

The list contains a few surprises, though: The most popular messaging app, WeChat, is at the top of the list, followed by car-hailing app DiDi taxi.

Apple previously did not disclose which apps were affected, but only said that it had identified a limited set of App Store apps. Apple’s list compares to the thousands of infected apps revealed by FireEye and the 476 identified by Appthority.

When the first major security attack against the App Store hit the media, Apple reacted by saying that it was closely working with developers to get the apps back on the App Store and had blocked new apps that contained the adware.

Since then it has posted a message to developers urging them to check the legitimacy of their Xcode version and launched an XcodeGhost Q&A page on its Chinese website.