The Transit App has released an update today to introduce Go Crowdsourcing, which offers real-time departure times “up-to-the-second”, generated by users who opt-in and share their location data.

The new feature is launching today in Victoria and Montreal, with more cities coming soon, says the developers, part of the app’s GO feature, which offers real-time GPS navigation with push and voice notifications. 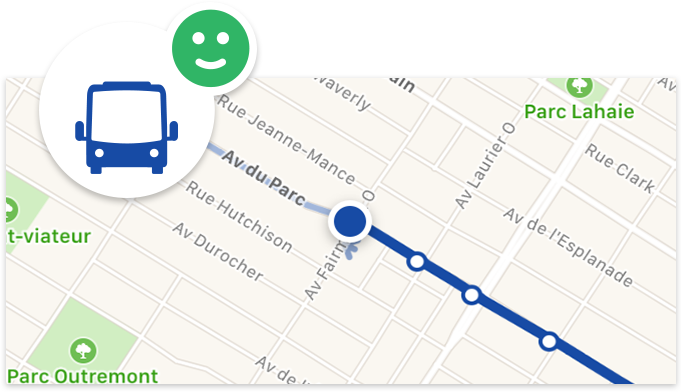 When users launch GO, Transit will track the current bus’ location to their servers and predict accurate departure times to fellow riders. Users using GO will see how many people they are helping each time they ride. The Route Map will show buses arriving in real-time thanks to crowdsourced data. Users can quit GO anytime.

While GO will affect your battery life, we’ve managed to keep it down to ~ 5% for the average trip. In the interest of saving time and aggravation, we think you’ll think it’s worth it.

All data you generate while running GO is anonymous and we only get your GPS position while you’re in GO mode. We’ve also updated our privacy policy to make sure our users are always happy and protected.

Transit says the feature will allow them to bring real-time bus tracking to cities that do not have real-time data. Victoria recently announced plans to implement real-time data, but it’s coming at a snail’s pace, within 18 months.