This January, TrapCall debuted in Canada with its blocked call unmasking service, made available on our major carrier networks. Essentially the service allowed people to see the caller ID of any incoming call. Soon after though, TrapCall’s app disappeared from the App Store and the service wasn’t available anymore five months later. 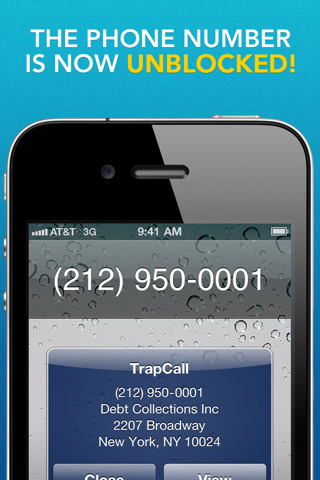 Turns out the CRTC had some concerns with TrapCall’s service, as noted in the Globe and Mail. TrapCall claims the CRTC pressured the company to shut down its service in Canada, in which the latter claims was a privacy and safety issue:

Citing a growing need to safeguard subscriber information in the smartphone era, the CRTC is voicing concerns about this emerging issue. The regulator is worried TrapCall is just the first of many controversial apps that will make their way to Canada, including others that allow users to show a false caller identity (see below). Certain users, including victims of domestic violence, social workers and police, “could face threats to their safety” if their restricted caller information is revealed without their knowledge, the CRTC says.

TrapCall responded they feel wireless carriers in Canada and the CRTC would rather “stifle innovation” instead of offering Canadians and the marketplace what it wants:

“We would love nothing more than to be able to offer our services in Canada. The decision to stop supporting Canada was not completely ours,” but rather that of the CRTC, TelTech said in a statement. “It seemed they were more interested in protecting the identities of those individuals committing acts of harassment than helping victims on the other end of those calls.”

This is not the first time we’ve heard allegations the Canadian telecom industry is set to protect its incumbents and dampen innovation. Last November, WIND Mobile’s Egyptian backer Naguib Sawiris stated in an interview he regretted entering the ‘protected’ Canadian market.

In the case of TrapCall–do you think it’s a service worth having for customers, or should unblocking services be banned due to privacy concerns?