Viber has announced it now has over 140 million users and is currently gaining 400,000 each day. Their iPhone app has also received an update today to add some new messaging features along with iPhone 5 screen support and also optimization for iOS 6. Here’s what’s new:

What’s New in Version 2.3.0
– Share stickers with friends, making text messaging fun
– Include emoticons in text messages
– Send locations as messages
– Enhanced messaging experience with new interface and sounds
– Connect with your friends in group conversations of up to 40 participants
– Optimized design for iPhone5 and iOS6, including new keypad 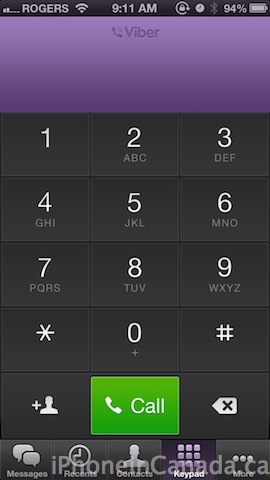 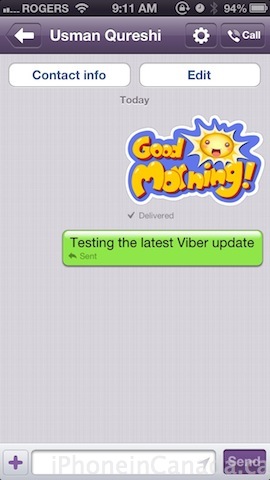 The new messaging features include stickers and some holiday themes and a new keypad for dialing as well.

“We know that our users rely on Viber for their important conversations with their friends, family and the people they care most about. But they also turn to Viber to have fun and playful conversations, whether it’s via text message or voice,” said Talmon Marco, Viber’s CEO. “With the new features that we are delivering in Viber 2.3, our users can look to Viber as a platform not just for communications, but for playing and interacting with their friends.”

We have covered Viber extensively in the past and essentially it’s a fantastic app for free voice calls to friends who have the app as well. Sound quality with Viber is excellent and one of the best qualities of the app, as it rivals the clarity of Skype (if not better). Back in July, Viber was updated with group messaging capabilities.

I haven’t touched Viber for a while now, but we’re glad to see this free app keeps getting better with updates. Are you using Viber?