VLC for iOS has been updated with a new user interface for iOS 7 along with new features, such as Google Drive integration and Dropbox streaming plus the addition of new multitouch gestures. More streaming formats and protocols are supported along with better Wi-Fi upload and a better library overall. Full changelog below:

What’s New in Version 2.2.0
This version brings a new UI for iOS 7 and numerous improvements. 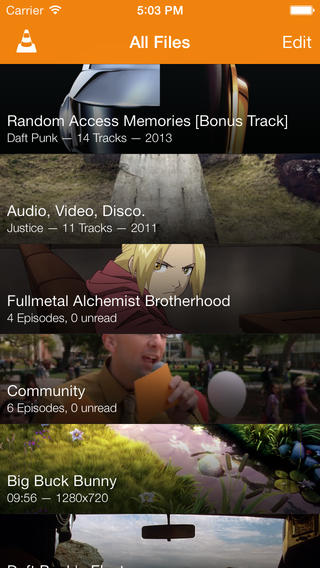 After a hiatus from the App Store over a GNU public license issue, VLC returned last July.