WestJet has launched its highly anticipated iPhone app which brings the ability to book and view trips, check-in to your flight with Passbook support, check your flight status and give you travel info, advisories and more.

The #WestJetApp for iPhone is now out! Download it at http://t.co/8rDxkyYBTk

“The WestJet iPhone app is another step forward in continuously improving overall guest experience,” said Marshall Wilmot, WestJet Vice-President, Product and Distribution. “We know guests have been asking for an iOS option for some time. The WestJet iPhone app, the result of a strong collaboration between users and development experts, delivers functionality and features relevant to every traveller. In essence, the app has been designed by the people who will use it the most – our valued guests – to make flying with WestJet easier and more convenient.” 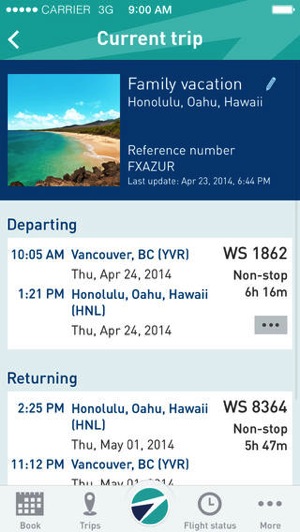 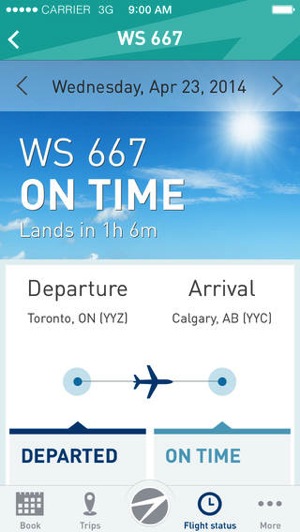 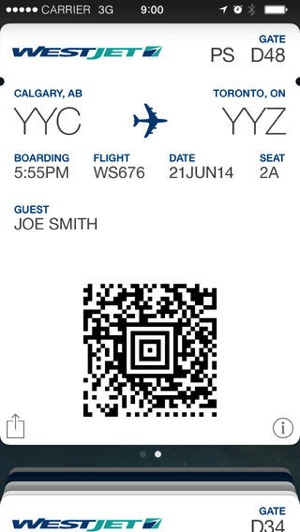 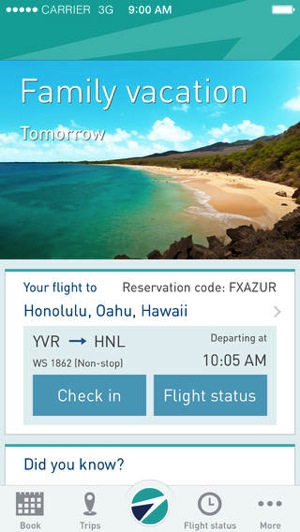 This app looks pretty awesome and it’s about time WestJet released this. Air Canada’s iPhone app gained Passbook support back in October 2012. Porter Airlines also has Passbook support along with Alaska Airlines as well (for those on the west coast). Let us know how you like this app!