The founder of WhatsApp, Jan Koum, announced on Facebook today the messaging service now has 900 million monthly active users. The announcement was made with Facebook CEO Mark Zuckerberg, as the latter posted an ‘action’ shot of Koum posting the status (for fun): 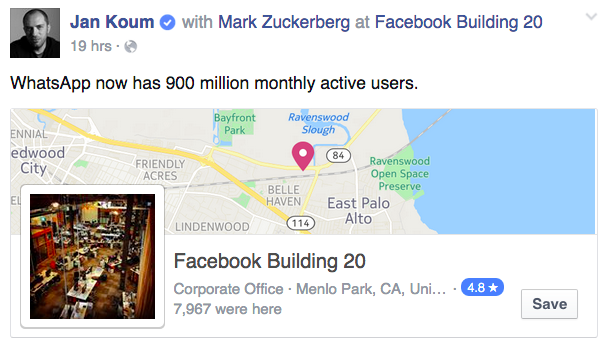 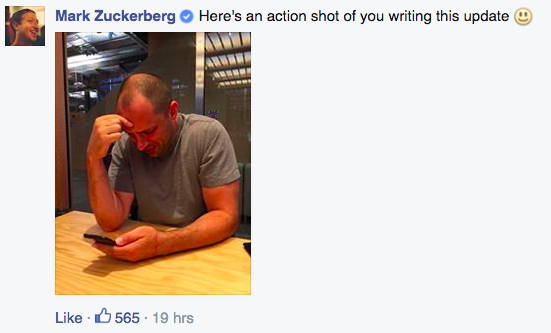 Back in April, Koum announced WhatsApp had hit 800 million monthly active users. As for a monetization strategy, that remains to be seen, aside from charging users $1 per year to use the service (legacy users still are using it for free).

Recently, WhatsApp Web added support for iPhone users, allowing them to chat with the service from their Mac. You still using WhatsApp? It’s one of the easiest ways to have group chats with iOS, Android and other smartphone platform users.