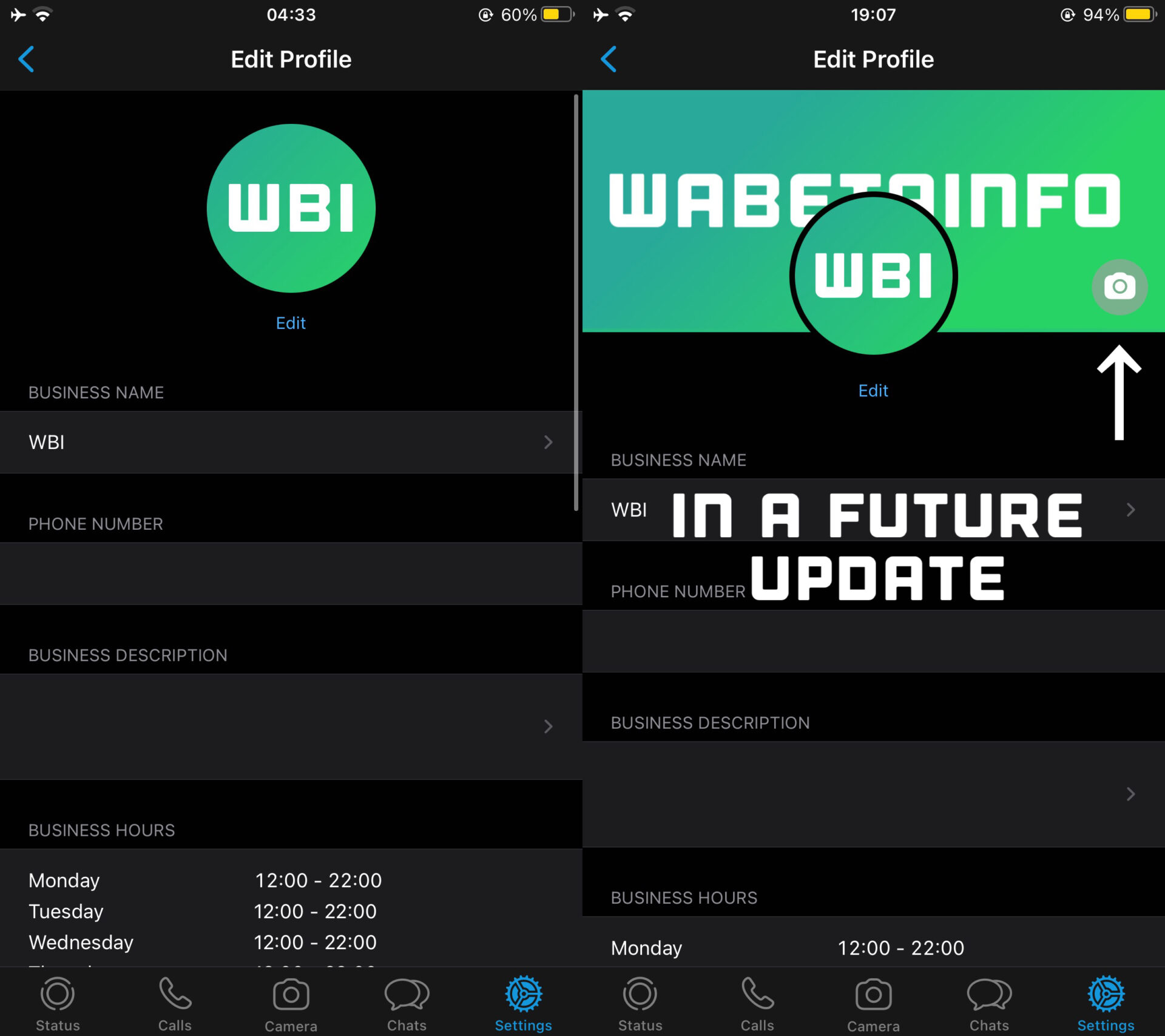 WhatsApp is reportedly working on a feature that will allow WhatsApp Business users to set cover photos for their profiles (via WABetaInfo).

According to leaked screenshots of the feature, a future update will introduce a button with a camera in the Edit Profile section of the WhatsApp Business app’s Settings. Users can tap on the button and either select an existing photo from their device take a new one to use as the cover photo for their Business profile.

The cover photo will be visible to any and all users (WhatsApp Business or the standard WhatsApp app) who visit your Business profile. Cover photos are going to be a good way for businesses to convey more information to visitors and even advertise products or highlight certain things.

The feature is currently in development and hasn’t even made its way to beta testers as of yet, so it could definitely go through some changes before it reaches actual users. Earlier in the month, reports surfaced of WhatsApp also working on iMessage-like message reactions for both iOS and Android.

Last month, WhatsApp kicked off its first-ever marketing push in the U.S. with a new privacy-centric ad.