Word Hack, the Colourful Twist to Hangman, Launches in Canada

If you love playing Hangman or Wheel of Fortune and you are ready to test your vocabulary against the clock, Word Hack could be your next app addiction. The iOS app launched today exclusively in Canada, and it is signed by two Canadian guys born and raised in Toronto, the founders of Blue Label Labs, Bobby Gill and Jordan Gurrieri. 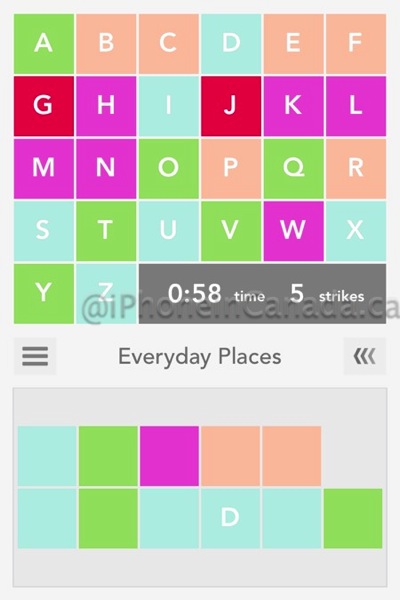 The app features a nice, easy-to-understand user interface and a colourful design. What makes the app a real challenge is the race against the clock while matching the letters with the right colours on the puzzle at the bottom of the screen. Players will need to use the multi-coloured letters to fill the blank of the same colour in order to solve the puzzle.

The catch is that they have to do that against the clock with a limited number of allowed mistakes, which varies depending on the puzzle. Also, players are given a set of helpers, which can be accessed from the slider tab on the right.

There are two game modes to choose from: classic and pro. The first may be used until you get accustomed with the game, but the real challenge comes in pro mode, although both game modes have their own charm and addictiveness.

“While the U.S. market is the largest market for mobile apps, we felt that launching Word Hack in Canada gives us the chance to validate our app and refine our marketing strategy against a well-educated, English-speaking smartphone demographic. For app developers, Canada offers the opportunity to work out the kinks in our app and develop the marketing tactics for a larger US launch.” says, CEO Bobby Gill.

Word Hack is available in the Canadian App Store for free, starting today.