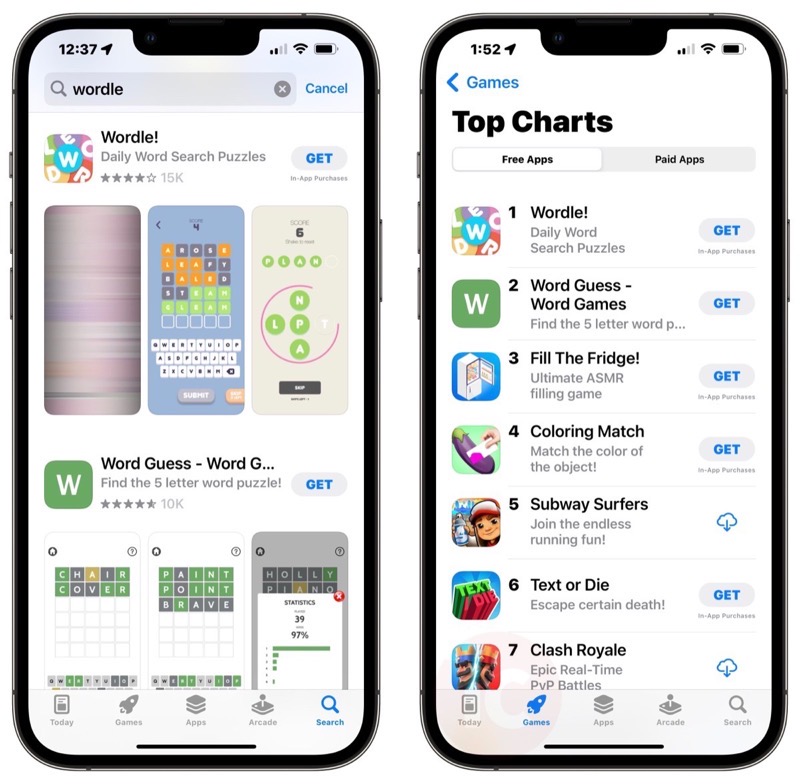 Back in January, the viral game Wordle saw numerous unofficial clones hit the App Store, which were subsequently removed by Apple.

At the end of last month, Wordle was sold to the New York Times and fast forward just over one month later, clones of the game have again filled the App Store, points out The Verge.

If you search for ‘wordle’, the clones of the game appear, while they also show up in the Top Charts under Free Apps, even in the Canadian App Store.

One title blatantly calls itself “Wordle!”, while others are named “Word Guess”, “Wordus” and “What Word”, for example.

“Come up with your own ideas. We know you have them, so make yours come to life. Don’t simply copy the latest popular app on the App Store, or make some minor changes to another app’s name or UI and pass it off as your own. In addition to risking an intellectual property infringement claim, it makes the App Store harder to navigate and just isn’t fair to your fellow developers,” explains Apple.

With the official transition of Wordle to the New York Times in early February, some players have said the game feels tougher than before.

This reminds us of clones of the popular game Threes! in the App Store back in 2014, and as of writing, similar knockoffs named ‘2048′ remain.