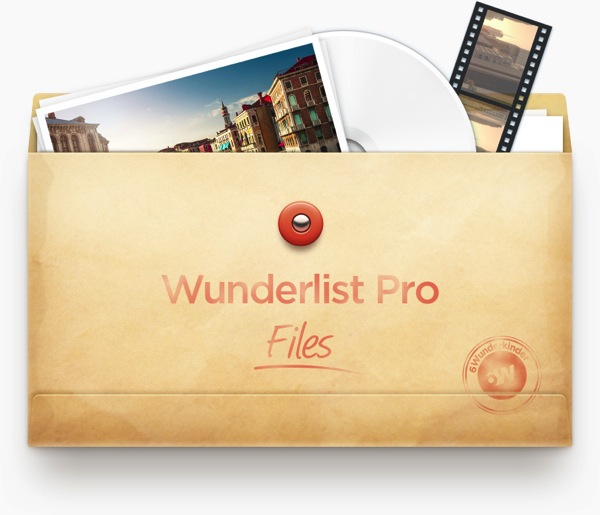 Wunderlist has updated their iOS and Mac versions today to introduce a new Files feature for Pro users to attach any files to their lists, such as photos, videos or spreadsheets. Also new for regular users is improved search, plus the ability for #Tags on the web, Windows and Mac versions.

• The brand new Files feature lets you attach anything from photos, spreadsheets, videos, sound clips, and yes even funny GIFs to a to-do (Pro)
• Lots of pixels were polished, especially on the Wunderlist action bar. Check it out!
• We improved the Notes behaviour in Detail View to make it more accessible and easier to use.
• You can now navigate Wunderlist directly through speech for a hands-free experience.
• Bugs were fixed, stability was improved, and Wunderlist is all the better for it. We hope you <3 the latest updates to Wunderlist! 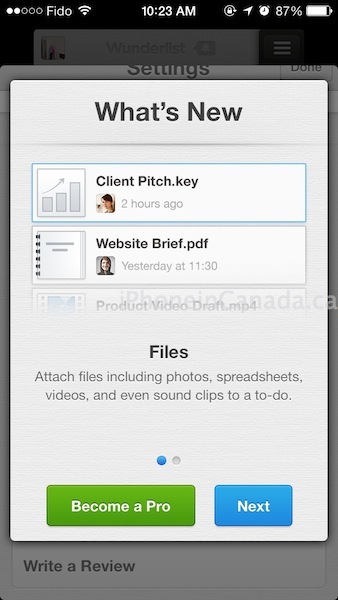 Below is the new Files teaser:

Wunderlist also revealed they are now close to reaching 5 million paid and pro users, according to CEO Christian Reber, in an interview with TechCrunch:

Reber says they “quadrupled” their own internal expectations for new user growth with the introduction of Wunderlist Pro. The entire user base of nearly 5 million Wunderlist users (including free and paid) is around 29 percent U.S.-based, he said, but 40 percent of the paid customers come from the States. Over 40 percent of paying customers are businesses, too, which is why the business plan rollout is designed to unlock more of that potential market.

Wunderlist Pro was launched back in April, a premium paid version to unlock the ability for users to assign tasks to users for better collaboration.