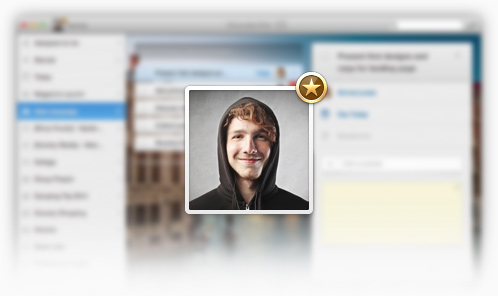 The 6Wunderkinder team has announced Wunderlist Pro will soon be released, a new version focused on collaboration and teams, allowing users to assign tasks to others:

So, what can you expect exactly? Without going into too much detail, Wunderlist Pro will arrive with the most requested feature for using Wunderlist in teams — Assigning. You’ll be able to add accountability to your shared lists, and at a glance know what you and everyone on your team is responsible for. Managing your own to-dos will also be a breeze too, with the addition of your very own ‘Assigned to Me’ Smart List. On top of Wunderlist Pro’s powerful assigning feature, you’ll also gain unlimited subtasks as well as some all new and exclusive backgrounds.

Wunderlist Pro will first launch for Mac, iOS and the web (then Android and Windows) and marks the first time the company has launched a paid product. The new app will cost $4.99 per month (USD) or $44.99 annually.

The company launched Wunderlist 2 last December and also noted that product will remain free. Wunderlist remains our go-to app for accessing our to-do list from anywhere.