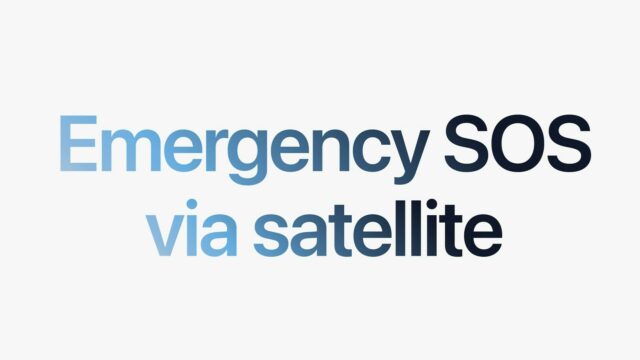 An Alaskan snowmobiler who found himself in need of assistance is the first reported person to utilize Apple’s Emergency SOS via Satellite service.

According to Alaska State Troopers (via 9to5Mac), an adult male travelling from Noorvik to Kotzebue on a snowmobile activated the Emergency SOS via Satellite service on his iPhone. On December 1st, at 2 AM, State Troopers received the SOS signal from the stranded traveller.

Per the Alaska State Troopers’ report, they were able to connect and work with local search and rescue teams. Additionally, Apple Emergency Response Center, and the Northwest Arctic Borough Search and Rescue Coordinator were brought into the fold.

Thankfully, the male was found by the volunteer search team. He was transported to Kotzebue. No injuries were reported to State Troopers.

Apple’s Emergency SOS via Satellite service has only been active for a short couple of weeks. Since November 15th, users have been able to automatically get in touch with emergency teams when 911 and cellular connectivity is unavailable.

The service is available on all iPhone 14 models and can be activated by navigating to the ‘Settings’ app and selecting ‘Emergency SOS’. At the bottom of the page, under Emergency SOS via Satellite, Apple provides a ‘Try Demo’ option. This helps the user familiarize themselves with the feature in the event they may need it in the future.

When Apple first announced the service during its iPhone 14 reveal, the company showcased its use for those that may hike, go boating, climb mountains, drive off-road, etc. The use of Emergency SOS via Satellite can help users in the event they get stranded, injured, or if their vehicle is in an accident.

Emergency SOS via Satellite is available now in Canada and the U.S. However, Apple plans to expand its global range by bringing it to the U.K., France, Germany, and Ireland later in December.