Some voices have begun to whisper that Apple will likely switch from Samsung to TSMC as its only chip manufacturer, raising concern among semiconductor industry players. After Digitimes — citing its sources — now it was the turn of RBC Capital to explore the possibilities of a potential switch, claiming that Intel is already in discussions with Apple to manufacture iPad and iPhone processors. 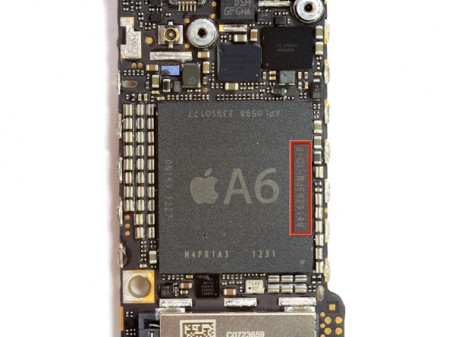 First it was Amit Daryanani, an RBC analyst, who analyzed Apple’s alternatives, claiming that Apple has four options to set the company free of a relationship with a company that allegedly stole Apple’s intellectual property.

The four options are: Intel, TSMC, GlobalFoundries and go vertical. The latter isn’t likely — or let’s say it has “a low probability”, but the company has the power to build its own fabrication plants.

The TSMC option has already been confirmed Digitimes, but now Amit Daryanani’s colleague, Doug Freedman, claims (via Fortune) that Intel and Apple have already sat down to discuss building iPhone and iPad processors. According to Freedman, Intel’s proposal looks like this: “we build ARM chips for the iPhone if Apple switches to Intel chips for the iPad.”

If Freedman’s guess is correct, Samsung won’t be able to supply Apple with chips, as the Cupertino company’s demand for 12-inch, system-on-a-chip wafers could reach 415,000 next year.