Apple is expected to release a report Tuesday morning that shows the company holds over a quarter of a trillion dollars in liquid cash–an amount greater than the total market capitalization of Ford, Tesla and Fiat Chrysler combined.

According to a new report from The Wall Street Journal, the company is expected to announce that its cash reserves exceed $250 billion. This enormous amount of money serves as a very reassuring safety net, but it’s thought that the announcement may prompt calls for Apple to invest more of its available resources. 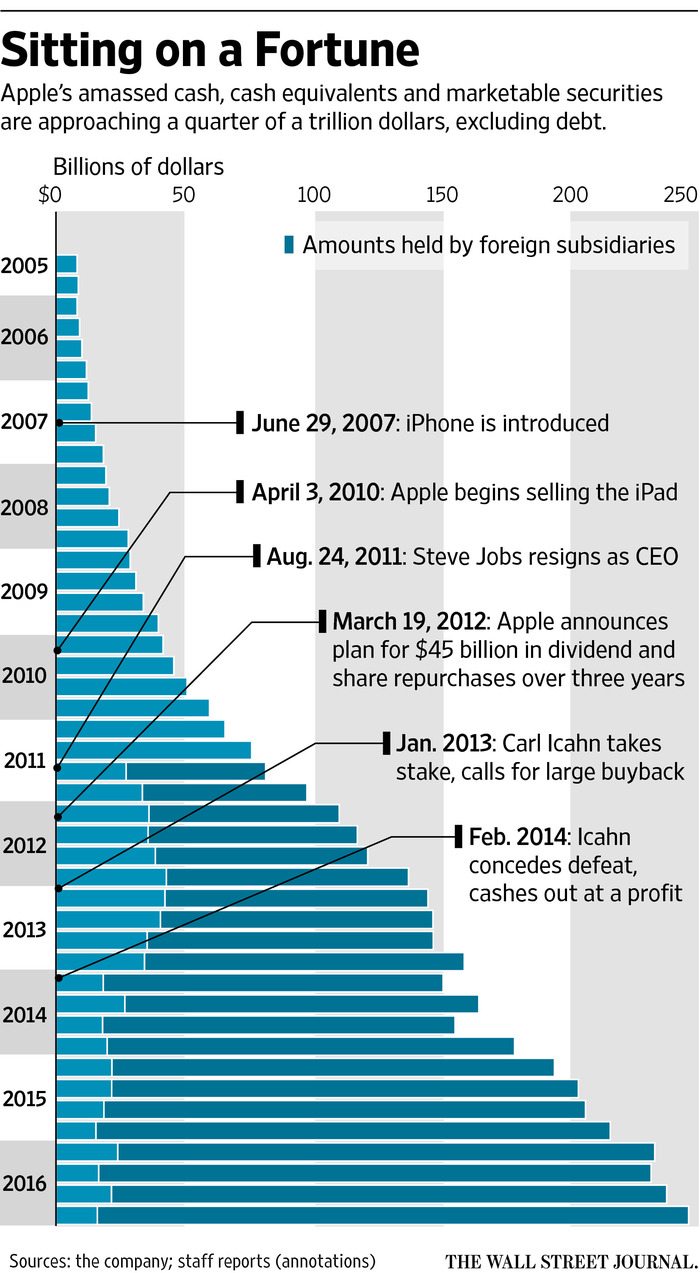 To put that mind-boggling sum into perspective, $250 billion exceeds the combined foreign-currency reserves of the UK and Canada combined. It’s also greater than the market value of both Wal-Mart Stores Inc. and Procter & Gamble Co., both corporate giants in their own respect.

Apple holds 90% of its cash reserves outside of the United States so it doesn’t need to pay U.S. taxes on its overseas profits. President Trump has proposed one-time tax holiday for companies repatriating funds. That could be beneficial to shareholders and allow Apple to more easily make a large acquisition.

Notably, Apple CFO Luca Maestri has said that bringing the money back into the United States would give Apple flexibility to do more capital returns perhaps via a special dividend.

With such a large amount of cash stashed away, Apple stockholders could demand that Apple distribute some of it to them by raising the quarterly dividend which is currently at 57 cents a share. Based on the stock price, this is a yield of 1.6% on an annualized basis. Apple could also decide to pay a one-time only special dividend, or make a purchase.

Apple is expected to release its quarterly earnings tomorrow, detailing the firm’s finances over the last three months.