Apple and Samsung are making sure the courts won’t have a vacation on December 6 when the injunction hearing is scheduled. After the dispute over the HTC and Apple settlement was partly solved, Apple’s latest claim is that Samsung’s workaround is still infringing the ‘915 Apple patent for “application programming interfaces for scrolling operations”, or “pinch to zoom API patent”. 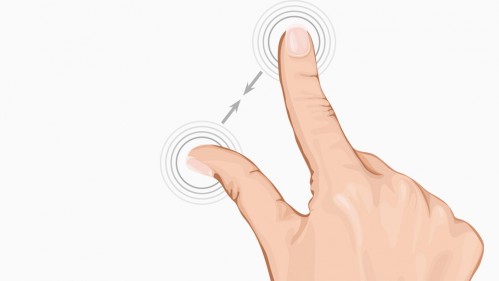 After facing patent infringement allegations from Apple, Samsung’s programmers have made a workaround possible for the South Korean manufacturer, which apparently protected it from patent violations.

Karan Singh, a professor from Toronto, went to Samsung asking for the workaround code, and as Florian Müller of Foss Patents reports, the South Korean company failed to provide a full code tree or folder, but he saw enough to conclude that “the modified code he reviewed demonstrates continuing infringement of the ‘915 patent.”

In other words, the professor’s review provided enough evidence for Apple to continue a previously started patent dispute and spill yet more gasoline on the fire. Now, it is up to Judge Lucy Koh to decide whether Apple is right, or if Samsung did a good job writing the workaround code. This is a difficult job, by the way, as the two-finger zoom-in and zoom-out is the core of the Apple ‘915 patent.