Just the other day, new details emerged of Apple’s rumoured healthcare data-tracking application dubbed Healthbook. The information shared by 9to5Mac was mainly confirmed by Re/Code’s own sources, but also shed light on the next boom in the consumer market: Apple is preparing to assert itself as a platform for digital health, which could be as lucrative as the “ad profiles that drive the online economy today”, Lauren Goode writes. 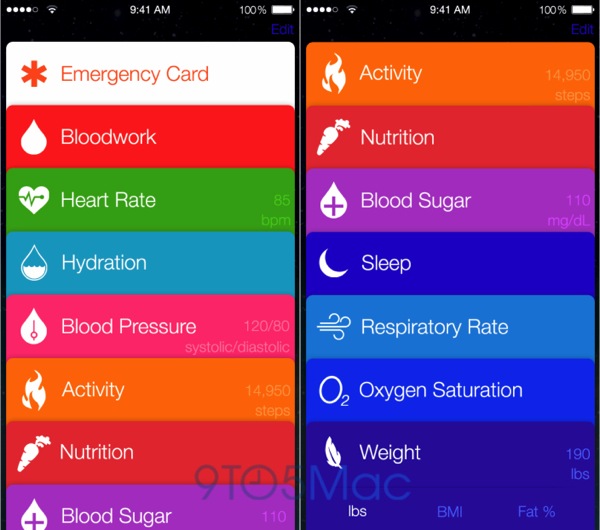 While Apple’s plans about possibly developing new medical sensors were sort of hinted at by its recent hires, Re/Code looked into the current status and potential of the market the iPhone maker is rumoured to be stepping into shortly.

First, the health ecosystem adds up to 17.9% of the nation’s gross domestic product. Also, it is worth mentioning that about $3 trillion is spent on healthcare (except the fitness market).

The fact is, observers believe that we are at the beginning of a transformation in healthcare, a consumerization of the space, Goode highlights, so it makes perfect sense for Apple to move into health. And Healthbook could be the right platform for digital health, with data sources such as the sensors being developed by Apple, as well as third-party sources.

The shift presents opportunities for new players to grab a piece of the nearly $3 trillion spent on healthcare just in the United States, not to mention a slice of the fitness market. But the data generated by the digitalization of health care — from electronic medical records to wearables apps — can also potentially be leveraged to discover novel treatments for diseases; or applied to more quotidian matters like serving up ads when people are in a relaxed mood.

Just to throw in a couple numbers: 10.3 million health and fitness devices were sold in the US last year, but this is expected to reach 29.5 million by 2017. Oh, and this doesn’t include smartwatches. In monetary terms, this means a sudden growth from $854 million to $2.9 billion in revenue during the same period. It remains to be seen how Apple’s iWatch is positioned on the market by that time (if the company indeed launches a smartwatch).