Apple’s iWatch and iOS 8 Will Reportedly Be Fitness-Focused 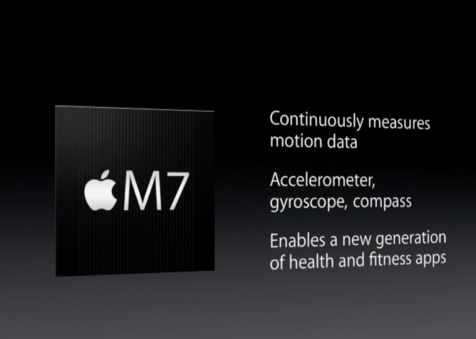 Apple is developing a new app that collects and organizes information and data points related to a users health and fitness, reports 9to5Mac. The app, reportedly called “Healthbook,” will take advantage of the M7 processor in the iPhone 5S and possibly another wearable device and is set to be released alongside iOS 8.

The preinstalled app can track data points including blood pressure, hydration, heart rate, and other health related statistics. It could also be integrated with a users calendar, reminding them to take their medication at a specific time of the day.

The “Healthbook” application is said to take multiple user interface cues from Apple’s own Passbook app, which is software for storing loyalty cards, coupons, and other materials normally stored in physical wallets.

The new health and fitness application’s interface is a stack of cards that can be easily swiped between. Each card represents a different fitness or health data point. The prototype logo for “Healthbook” is similar to Passbook’s icon, but it is adorned with graphics representing vital signs.

The reports say that Apple is designing the app with the “iWatch” in mind, saying that both will heavily rely on each other for health and fitness tracking. The “iWatch” will also include a companion application.

The site suggests the app and the device will be able to collect all these data points about a user, but nothing has been confirmed. Apple is also working on a new version of the Maps app, which could assist in tracking data points like distance traveled.

According to a report from The New York Times, several Apple executives met with the FDA last month to discuss the future of mobile medical applications. Over the past several months Apple has acquired many people with extensive knowledge about medical sensors.

iOS 8 is expected to be previewed at Apple’s WorldWide Developers Conference in June, while the “iWatch” and new models of the iPhone are expected to debut in the second half of the year.