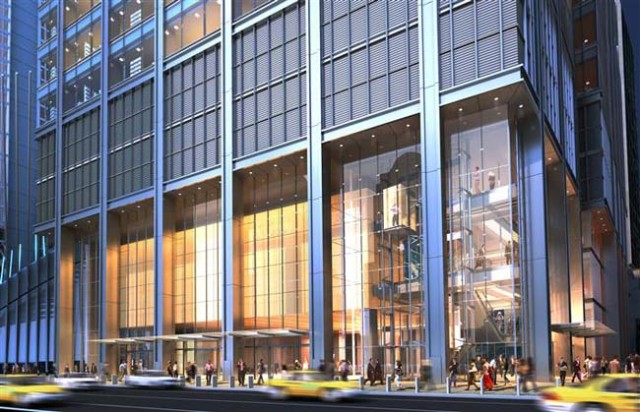 The site of the 2001 terrorist attacks will be the king of downtown retail, with Apple being one of the future leasers. According to a report from ifo Apple Store, the construction work continues on One World Trade Center in New York, with Westfield Group close to inking a deal with upscale international retailers that include Apple, J. Lindberg, Tory Burch, Theory, Michael Kors, Swatch, and Abercrombie & Fitch, among others.

The impressive 460,000 total square-feet space is set to occupy the space of the one of the America’s darkest days. The site already has a square-block memorial park, and the work has started on building four high-rise office towers surrounding it.

The shopping mall populated with upscale retailers is set to occupy space under three of the towers and on the lower floor of two.

It may sound like a welcome coincidence, but the three towers are signed by the designers who are currently working on Apple’s new California headquarters and the future San Francisco 2 retail store.

The mall will open in 2015, the year when the Apple store would open.

Below is a rendering of the New World Trade Center: