Apple Now Ranks 21st Among the Most Trusted Companies

Apple landed on the 21st spot of Ponemon Institute’s 2012 list of the most trusted companies for privacy, falling six positions compared to last year. 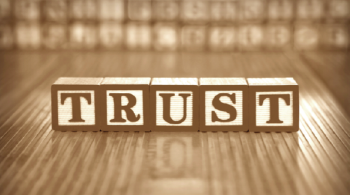 The Cupertino company was once listed in the top ten of the most trusted companies, but the annual study asking participants to name the companies they believe to be the most trustworthy in protecting the privacy of their personal data has resulted in Apple falling out of the top 20.

Looking back in time, we find Apple ranking No. 8 in 2009, and then slipping to No. 14 in 2011, and finally consumers found Apple less trustworthy than Mozilla, which grabbed the 20th spot. Facebook and Google have also fallen out of the consumer’s grace, ranking 26th and 23rd, respectively

Interestingly, though, privacy ways always among Apple’s top priorities, and the company has taken some firm steps to protect its users’ private data as a direct result of media reports revealing security flaws of iOS.

With iOS 6, Apple as implemented new privacy protections. For instance, apps now require user permission before they can access any of your private data, such as contacts, photos, locations and more.