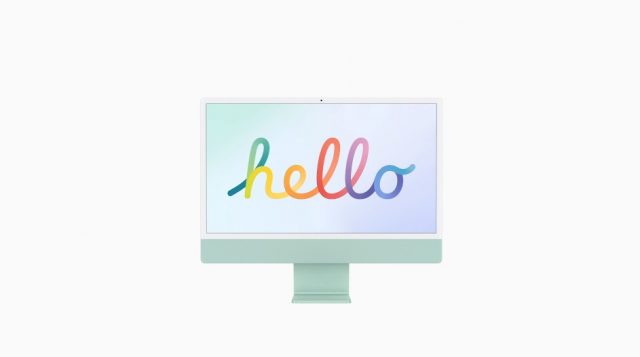 Apple is predicted to overtake HP as the leader in the all-in-one computer market, at least as far as demand and the ability to maintain supply is concerned.

According to industry sources, Digitimes reports that Apple may become the dominant manufacturer of all-in-one computers, upon the launch of its new 24-inch iMac. Sources say that affordable models, such as the one’s HP supplies, are being heavily affected by the global chip shortage. Due to the shortage, it’s suggested that higher-end brands and models are being prioritized as support is being given to premium devices.

he sources pointed out that high-end AIO PCs such as the ‌iMac‌ are only seeing limited impact from component shortages, but entry-level to mid-range products priced between NT$15,000 (US$536.51) and NT$30,000 have been hit much harder. Several ODMs have already halted their production for many AIO PCs because of component shortage, but ‌iMac‌ production remains unaffected, the sources said.

Digitimes states that HP was the leader in all-in-one computers during the fourth quarter of 2020, shipping 925,000 units. Apple lagged behind, selling 860,000 units, with Lenovo shipping 731,000 units. It’s been estimated that Apple has increased the number of units shipped and surpassed HP in the first quarter of 2021.

Adding to that, preorders of Apple’s new 24-inch iMac start shipping on May 21st. The company has developed three models, each with a respective price tag of $1,599 CAD, $1,849 CAD, and $2,099 CAD. All three models come with 256GB storage, 8GB RAM, two ThunderBolt ports, 4 USB ports, and a 24-inch 4.5K Retina display. With new colour options and a revamped design, it’s likely to drive demand for Apple’s latest higher-end all-in-one model for the next quarter as well.

That being said, Apple is not impervious to the global ship shortage. Although it has not been reported that the iMac’s production has been affected, iPad and MacBook production may have taken a hit due to the shortage.

The Apple TV+ original series Shrinking is now available to stream in Canada. Jason Segel and Harrison Ford star in a comedic drama series centred around a therapist that decided to approach his role in a new way by taking the filter off and giving unbridled honesty and advice. Shrinking stars Segel as James Lair,...
Steve Vegvari
12 hours ago