Apple was rumored to have spent over a billion on R&D for next year, and as the most recently granted patents — spotted by AppleInsider – show, the company is indeed working to improve the computing experience. 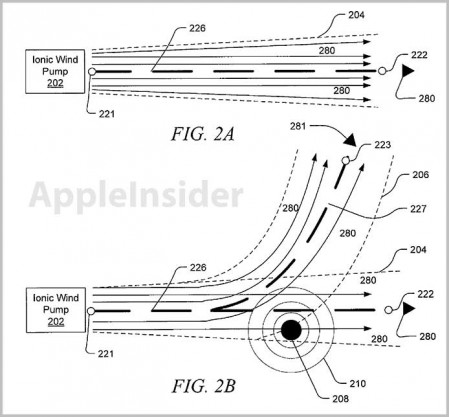 The first one, US Patent No. 8,305,728 for “Methods and apparatus for cooling electronic devices”, shows that Apple is working on a technology in which the direction of ionized air is move through a computer is deflected by an electric or magnetic field.

Currently, manufacturers use mechanical fans to pull in air and push it through well-determined physical paths within a computing device. As the patent description shows, the system employs internal sensors to detect where the computing device needs cooling the most, and using the pumping system it could target the area and maximize the effect, as well as reduce power demands.

Another direct result would be noise level reduction. According to the patent description, the system would benefit both computers and mobile devices, and avoid the heat issues currently experienced. 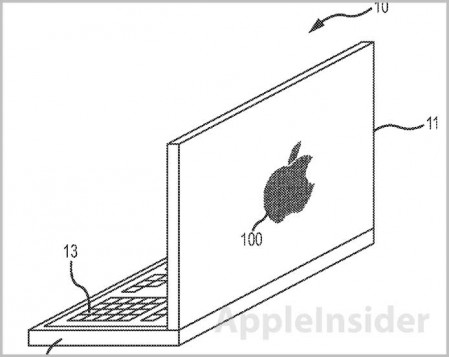 The second, US Patent No. 8,303,151 for “Microperforation illumination”, improves some designs already available in some Mac computers such as the MacBook lineup, describing a technology that allows the light to shine through nearly invisible holes punched in a metal surface, and goes further by enhancing the control and intensity of the light emitted, “while providing for embodiments where touch-sensitive materials can be used to create invisible controls.”