For Apple, 2007 was the year of a new, revolutionary device, the iPhone. Anybody, who watched the Steve Jobs keynote will remember the launch of the iPhone set the change for the whole mobile phone industry. And it did. 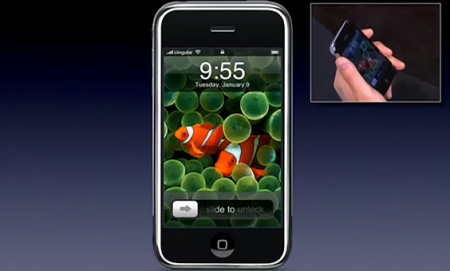 The US Patent Office granted Apple (Via Patently Apple)a design patent for the original iPhone, and Steve Jobs is credited as one of its investors, along with Jonathan Ive, Bartley Andre, Daniel Coster, Daniele De Iuliis and others.

Another important patent won today by Apple is related to system-on-a-chip (SoC) design and manufacture (Via AppleInsider), likely aimed to protect the company’s A-series mobile processors. 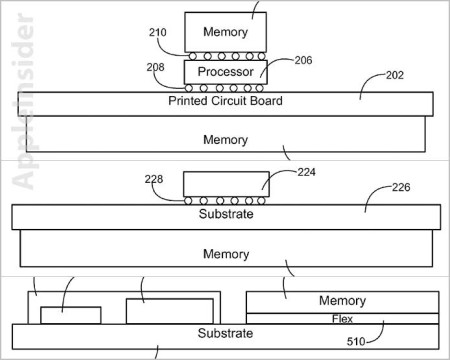 The UPSTO granted today US Patent No. 8,334,704 for “Systems and methods for providing a system-on-a-substrate,” which covers the architecture and basic function of systems-on-a-chip, such as the ones you can find in the, iPhone, iPad and iPod Touch.

Apple’s A6X processor — the one you can find in the fourth-generation iPad — is the optimal choice for mobile devices, due to its size and its impressive performance. The recently granted ‘704 patent outlines a system like this, “noting that each bare die can include processors, memory, CODEC circuitry, I/O controllers, communications assets, accelerometers, and much more.”

The patent application was filed in September 2009, before the launch of the first iPad, containing the A4 SoC, and most recently Apple moved to implement its first in-house-designed SoC, with the A6 chip powering the iPhone 5. In addition, as we previously reported, the recent executive reshuffle and Bob Mansfield’s new position suggest that Apple will likely walk this path.

Apple recently launched its iPhone 14 series of devices, introducing the new 'Plus' model to the fold. The 6.7-inch device joined the standard iPhone 14 as part of the entry-level offering. However, prior to its official reveal, the iPhone 14 Plus looks to have been called the 'iPhone 14 Max.' According to Dutch blog iCreate (via...
Steve Vegvari
15 hours ago