Apple and its sapphire manufacturing partner, GT Advanced, are interested in expanding the Mesa, Arizona, plant, as adjacent parcels of land are apparently vacant and large enough to double the size of the existing facility, sources familiar with the matter told AppleInsider. 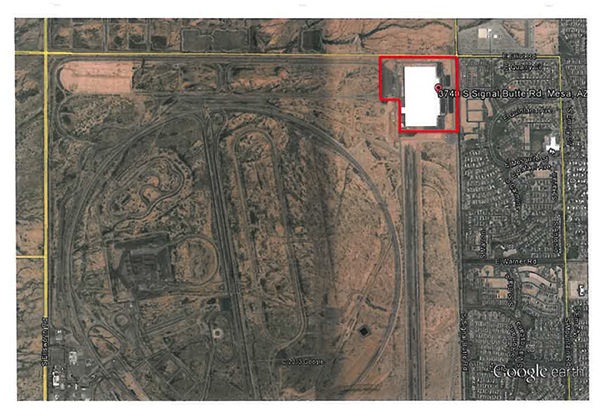 While construction of the joint Apple-GT Advanced sapphire manufacturing facility is not yet complete, multiple companies are already posting bids to build out a proposed expansion, according to people close to the project.

Neither of the partners revealed the purpose of a second facility, but sources have whispered that it would be similar to the existing building, possibly for increasing output. They say the site will be equipped with some 1,700 furnaces to make sapphire boules in bulk.

Maximum output is largely unknown, but the site will be equipped with some 1,700 furnaces to make sapphire boules in bulk, sources said. Previous reports citing import/export records claimed the number of furnaces in use would be capped at around 950.

It is worth mentioning that back in January a document provided to the US International Trade Administration revealed that Apple was aiming to kick off production of a “critical” yet unknown component by the end of February.

The construction is projected to be finished by June, and at that time the facility is expected to reach full capacity.

Apple currently uses Gorilla Glass in its iPhone screens. The partnership with GT Advanced is expected to make sapphire glass displays more affordable then they currently are. In fact, Apple’s recently granted patents strongly suggest that the company is working at an accelerated pace in order to produce such an iPhone component.