Apple has finally decided to offer for Motorola Mobility (now part of Google) a deal to license to its SEP wireless patents. But from its perspective the aforementioned patents worth $1 or less, compared to Motorola’s previous claims that it wants 2.25% royalty for its standard-essential patents, which shocked the tech world 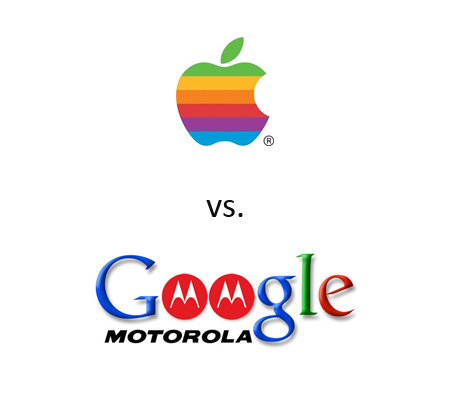 First reported by Florian Müller of Foss Patents, Apple says it is ready to open its checkbook only if the court sets the rate at or below $1, otherwise the Cupertino company will appeal against the decision.

Apple has two good reasons to make this statement: first, Judge Barbara Crabb’s pre-trial decision favors Apple over ‘Googlorola’, and resulted in a court order for MMI to make its licensing proposals on court-determined FRAND terms. Secondly, a key MMI expert cannot testify, because the court held that “he did not offer any opinion about what particular rate or range or rates would constitute a FRAND royalty.”

The above motives, coupled with the fact that MMI failed to assert any standard-essential patents against Apple in the US, are enough for the Cupertino company to request a fair price, otherwise the legal battle will end up in a never-ending fight, according to Apple’s lawyers. Yet this isn’t Apple’s preferred path.

“Motorola cannot offer evidence at this trial that the rate should be higher than $1 per phone, but to the extent the Court sets the rate higher than $1 per unit, Apple reserves the right to exhaust all appeals and needs also to reserve the right available to any party offered a license: the right to refuse and proceed to further infringement litigation. Make no mistake, that is not an outcome Apple desires. The parties have spent an exhausting two years litigating against each other around the world. But if the Court were to set, for example, the rate Motorola is seeking (2.25% of Apple’s covered product revenue), that would amount to billions of dollars per year. That is orders of magnitude more than Apple is paying for even substantially larger standards-essential patent portfolios. Indeed, over several years such a figure would eclipse the recent entire cost of acquisition of Motorola. In such circumstances, Apple may need Motorola to demonstrate that its declared essential patents are in fact essential patents and worth that amount of money, a hurdle Motorola has thus far been unable to clear with what are presumably its best patents.”

The 2.25% royalty asked for by MMI’s standard-essential patents uncovers pretty much all of Google and Motorola’s greed. But as the current setup shows, it won’t get a cent more than what a fair license deal means. And that’s fair business, not an Android vs. iOS war.