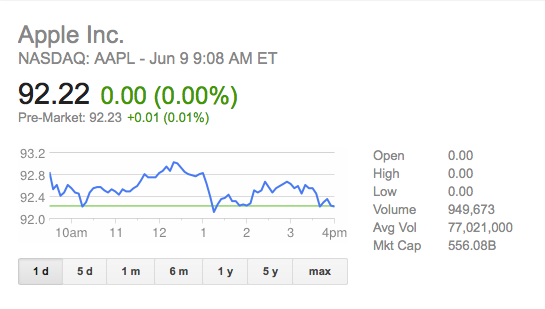 So, why would Apple split its stock after it reached new heights over the past 52 weeks? The investors’ FAQ says the company wanted to make its stock available to a larger number of investors. But, some voices say Apple is in discussion to be included among the 30 stocks in the Dow Jones industry average (DJIA). However, its high stock price made it “impractical” to be included in the Dow, because of Dow’s value-weighted method Dow normally picks companies with stock prices trading below $300. Just to pick an example: Visa is the only current stock on the (DJIA) trading above $200.