Apple executives were formally summoned on Monday to explain personally in front of a Australian parliamentary committee in Canberra on 22 March why Australian consumers need to pay so much more for their products despite, having a stronger currency. 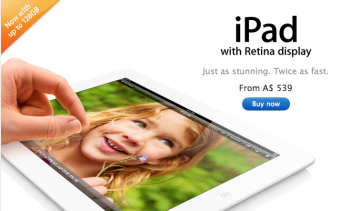 Apple, however, isn’t the only company who needs to appear before the committee on the aforementioned date: Adobe and Microsoft executives are also “welcome”. ED Husic, Ruling Labor government MP, said, “in what’s probably the first time anywhere in the world, these IT firms are now being summoned by the Australian parliament to explain why they price their products so much higher in Australia compared to the United States”, The Telegraph cited.

The three tech giants declined to appear before the committee set up last year in May, to offer a reasonable explanation why a 16 GB Wi-Fi iPad with Retina Display sells for in Australia for A$539, or why Microsoft’s Office 365 home premium costs $119, instead of $99 in the US.

Earlier statements of tech companies and other multinationals reveal that higher prices are due to high local wages and conditions, as well as import costs, yet company executives have been reluctant to give an explanation about their pricing in front of the committee.