Apple grabbed the No. 1 spot in Fortune’s annual list of the World’s Most Admired Companies for the sixth year in a row (Via The Loop). 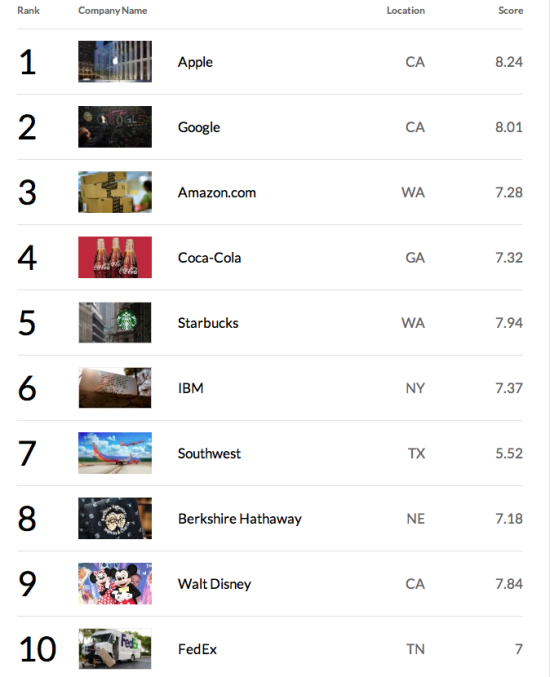 The list is the result of a large-scale poll (approximately 15,000 senior executives, outside directors and industry analysts) and the World’s Most Admired Companies are rated on nine attributes.

To determine the industry ranking, the companies are evaluated using attributes of reputation as follows: ability to attract and retain talented people, quality of management, social responsibility to the community and the environment, innovation, quality of products and services, wise use of corporate assets, financial soundness, long-term investment value, and effectiveness in doing business globally.

This year — just as in the past five years — the crown went to Apple. Here is why Apple is the most admired company in the world:

“Apple has had a rough time lately with its stock price in a free fall and the widely publicized failure of its Maps feature. However, it remains a financial juggernaut, posting $13 billion in net income last quarter, making it the most profitable company in the world during that period. The company has its fanatical customer base, and it still refuses to compete on price, making the iconic iPhone and iPad products that are still widely seen as prestige devices. Competition may be stiff, but so far it remains behind: In Q4 2012, the iPhone 5 was the world’s best selling smartphone, followed in second place by the iPhone 4S.”