Rumours of an Apple-TSMC partnership for the A7 processor seem to get confirmation from another report published by Digitimes claiming TSMC will tape out the design for an A7 processor on a 20nm process as early as this month. 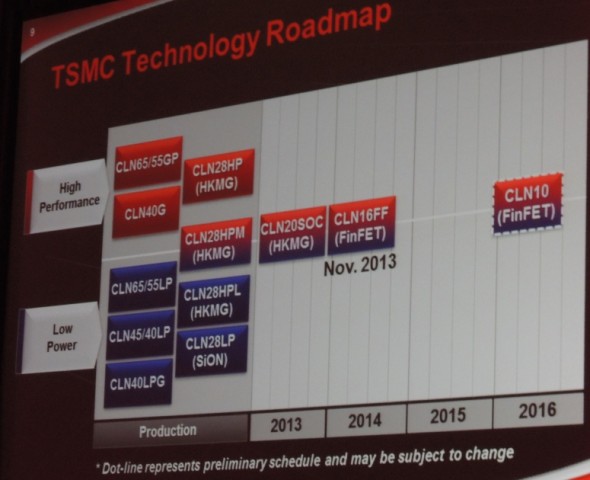 “Taiwan Semiconductor Manufacturing Company (TSMC) is expected to tape out Apple’s A7 processor on a 20nm process in March and then move the chip into risk production in May-June, which will pave the way for commercial shipments in the first quarter of 2014, according to industry sources.”

Simply put this means everything is set for a trial production, as “tape-out” means the final result of the design cycle for integrated circuits or printed circuits boards. The next step is to send the photomask of the circuit for manufacture – in the Digitimes report: Risk-production, which will take place in TSMC’s 14-fab facility at the Tainan Science Park in Taiwan.

Macrumors has reached out Silicon-IP founder and ex-TSMC director Kurt Wolf to comment on the report. Wolf pointed to the certification the Taiwanese semiconductor firm received back in December on its 20nm process – which, from what we’ve learned from previous reports, will only enter into production in November this year to make its way into consumer products in 2014.

Meanwhile, Apple will launch new iPhone and iPad models this year, which means the devices won’t feature the rumoured 20nm A7 chip. What’s more likely to be featured is the A6 family, based on a 28nm process instead of the current 32nm process, with the change adding a significant boost in terms of performance. Wolf also believes that both Samsung and TSMC will manufacture chips this year, but he was silent about earlier rumours saying that Intel could enter the picture.