CableLabs Executive Joins Apple to Work on “Something Big” 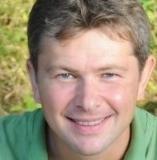 A long-time CableLabs executive, Jean-François Mulé, joined Apple last month, according to his LinkedIn profile, to be “challenged, inspired, and part of something big” as an Engineering Director, MultiChannel reports.

Although Mulé and Apple weren’t available for comment yesterday, CableLabs has confirmed that Mulé is no longer working at the company and it is looking to hire a replacement.

Apple’s new hire comes hot on the heel of the company’s effort to boost the content of its set-top box. We have seen a couple pleasant surprises lately, but unfortunately the majority of the content improvements are limited to several countries such as the .

Apple is also rumoured to have inked a deal with Time Warner Cable and is in talks with cable operators to conquer the living room of its customers.

Mulé’s talent will be a great addition to the team because he brings significant cable engineering and knowhow that ties into the cable industry’s video, voice, and data service platforms, MultiChannel highlights. He served as senior vice president of technology development at CableLabs, VP of IP technologies and services, director of the PacketCable Architecture, and chief architect.