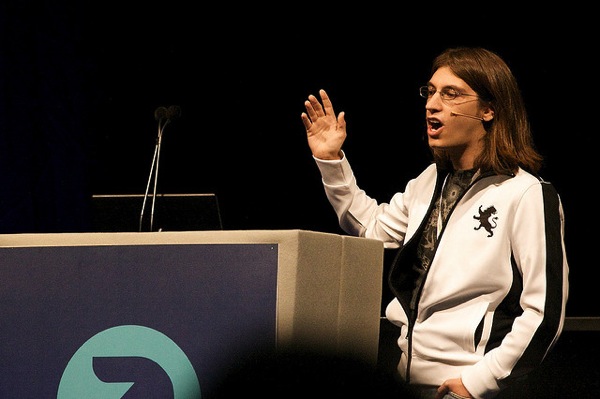 We all know the Safari Guy’s story about how he started working on Apple’s browser, but what about mobile Safari? The New York Times comes to fill that gap by profiling Francisco Tolmasky, the now 29-year-old independent entrepreneur who was contacted by Apple while still in college and hired away shortly afterwards.

Tolmasky graduated with a computer science degree from the University of Southern California, and Apple first contacted him six months before graduating because he was one of the web developers who “tinkered with Webkit, a software engine used by browsers to display web pages.” The company wanted to start right away, but he officially started working at Apple in the first quarter of 2006, after Steve Jobs gave his personal blessing for the hiring.

He was then 20 years old and became the “point man” on mobile Safari.

Mr. Tolmasky and the iPhone team worked in a secluded area of Apple’s campus. There were two main divisions of the secretive project: The hardware team and the software team, both of which were physically separated and did not work together directly, to help prevent secrets from leaking out. Mr. Jobs met with the team at least twice a week.

Speaking with the New York Times, Tolmasky shared his story on how some apps and key features of the revolutionary iPhone were created. Designing the keyboard, for example, became the full-time job of one of his team members after winning a “hackatlon,” which was run by Steve Jobs because he wasn’t satisfied with the keyboard prototypes he had received.

Tolmasky also reflected on the development of the crucial maps application for the first iPhone and unveiled that Steve Jobs opted for a mobile maps app only a few weeks before the smartphone was introduced in 2007.

Another of Mr. Tolmasky’s teammates, Chris Blumenberg, was given the task, and worked nonstop until there was a functional maps app for the presentation.

“Within a week he had something that was working, and in two weeks he had something to show at Macworld that we were showing,” Mr. Tolmasky said. “That was the kind of effect Steve could have on you: This is important, this needs to happen, and you do it.”

An interesting highlight of his story:

Mr. Jobs was notorious for throwing his weight around however he could. One person on the iPhone design team was also named Steve, which caused some confusion in meetings. Mr. Jobs sought to change this.

“At some point Steve Jobs got really frustrated with this and said ‘Guess what, you’re Margaret from now on,’” Mr. Tolmasky said. From there on, members of the team would always address the designer Steve as Margaret.

The mobile Safari guy left Apple in 2007 because the iPhone’s success changed priorities, and he decided to start his own startup. Now he is busy developing games that take advantage of smart sensors such as the accelerometer and gyroscope.