We’ve heard rumours about Apple opting out of the megapixel race, which means the iPhone 6’s camera will stand out with other features. And one of them could be optical image stabilization (OIS). Documents discovered by AppleInsider suggest Apple is hard at work to provide a better iPhoneography experience by taking the image quality to new levels with OIS. 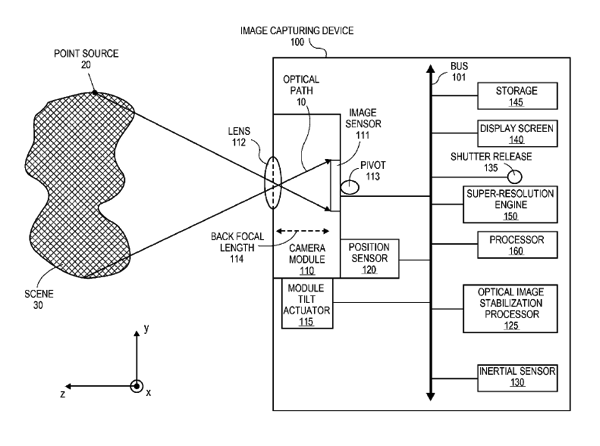 Apple’s patent published by the U.S. Patent and Trademark Office on Thursday for a “Super-resolution based on optical image stabilization” reveals that the company is testing new ways of using OIS technology.

This isn’t the first OIS patent to have been published this year: earlier, in January, Apple was granted another OIS-related patent for a “VCM OIS actuator module” which revealed how Apple could enhance the iPhone’s camera by adding optical image stabilization and enhanced autofocus.

This time, however, the invention describes an OIS system that takes a batch of photos in a very short timeframe, each at a slightly offset angle. These images are then sent to an image processing engine which will combine them into a “super-resolution” image.

The patent was first filed for in 2012, and credits Richard L. Baer and Damien J. Thivent as its inventors.