Google’s CEO Larry Page sat down with Miguel Helft of Fortune to discuss the company’s plans for the future of search, their relationship with Apple, Motorola’s integration, and more, in a lengthy, 70-minute interview. Excerpts from this interview have now been posted online. 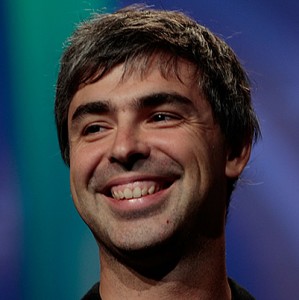 The current picture of tech companies is interesting: While Google is Apple’s competitor (along with Amazon), Apple is a huge distributor of Google’s products. When asked about the relationship with Apple, Page replied:

“Obviously we talk to Apple. We have a big search relationship with Apple, and so on, and we talk to them and so on.”

Of course, the Steve Jobs and thermonuclear war question couldn’t be avoided. Page, though, thinks the whole thing about Android and Apple being angry about it was just for show. “I didn’t say that entirely. I said partly,” he says.

However, you can’t read any sign of rancor between the two tech giants, Apple and Google, although Page has hinted at a better relationship.

“What I was trying to say was I think it would be nice if everybody would get along better and the users didn’t suffer as a result of other people’s activities. I try to model that. We try pretty hard to make our products be available as widely as we can. That’s our philosophy. I think sometimes we’re allowed to do that. Sometimes we’re not.”

You can read the full Fortune post by following the source link, and read about Page’s view on Google’s past and future, driverless cars, and more.