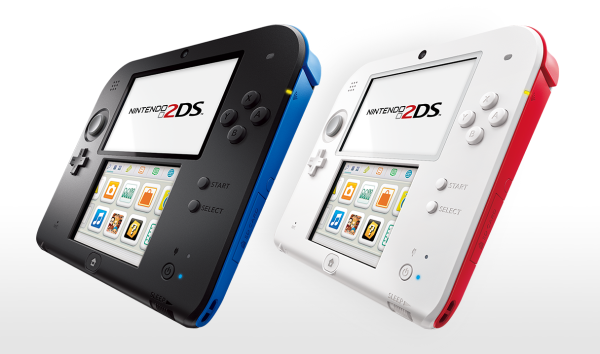 Nintendo launched the 2DS last Wednesday, a cheaper console that allegedly targets cash-strapped buyers. The news prompted John Gruber to say they should “just give in and start making iOS games. They’re not going to win this battle”.

He points to Nintendo’s stay-the-course strategy, which wasn’t the best choice for BlackBerry, for example, which is now losing significant market share in the smartphone market, and is even considering selling. The main problem with the Nintendo console is that it simply can’t compete on hardware with smartphones, which, by the way, are carried everywhere by users.

The touchscreen, for example, is low-resolution, and while his generation has nostalgia for and loyalty to Nintendo, today’s kids don’t. What they see is a company that makes devices with low resolution and janky touchscreens, and really fun games with great characters, Gruber says.

Nintendo is doing poorly because they seem incapable of producing best-of-breed hardware, both in console and handheld. The world has changed in the last five years, and hundreds of millions of people now carry powerful, well-made, touchscreen computers with them everywhere they go. Nintendo should expand to start making games optimized for these devices — in the short term as opportunity to sell more games, in the long term as a hedge for the possibility that the company will no longer be able to compete at all in hardware.

So what could Nintendo do? Well, according to Gruber, they could grab the opportunity to expand the company’s reach – just as Disney did with the television back in the 1950’s — by making two great games for iOS. Not porting the console games, but creating two new games from scratch for iOS, taking advantage of the built in features of iDevices: high-res touchscreen, accelerometer, camera, and lack of D-pad/action buttons.

A great pricing would also contribute to a successful Nintendo game launch for iOS, and $15–$20 per game sounds reasonable, according to Gruber, as Nintendo customers are used to paying more.

What Gruber is trying to emphasize is that there are times when you need to change strategy: Apple did it successfully when it made iTunes available for Windows, and a decade ago Windows was to iTunes a lot like what iOS is to Nintendo today.

It seems far more likely that Nintendo can produce amazing games for iOS than that they can produce technically competitive handheld hardware. I see no harm in trying both.