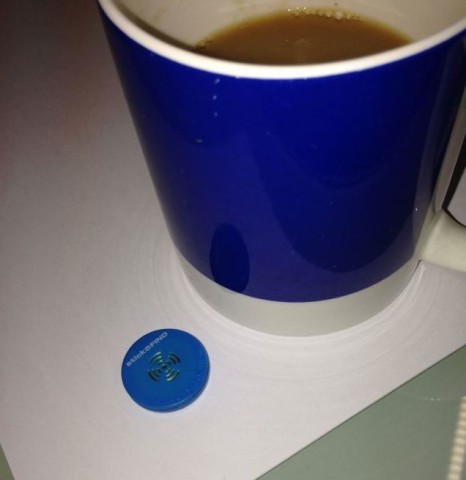 London-based digital publishing company Exact Editions has started using Apple’s iBeacon to sell subscriptions to magazines with a niche audience, reports TechCrunch. The startup has built a program called ByPlace, launched earlier this year, which combined with iBeacons opens up tons of new possibilities for publishers.

iBeacons are small devices powered by watch-type batteries that use Bluetooth to interact with iPhones and iPads. According to their blog post, the technology is very handy in a number of scenarios, as iBeacons enable publishers the opportunity to sell subscriptions to magazines available in iOS Newsstand in coffee shops, hotels, airlines, or even a first-class lounge.

The implementation of the technology was accomplished in the Bar Kick café in Shoreditch, London, where iDevice users can access two magazines, When Saturday Comes and Dazed & Confused.

But the list of benefits for publishers is very long: iBeacons allow iDevice users access to suitable content based on their location, or the venue can choose content that suits its audience (peppered with stats: which magazines are most used) and more.