Nvidia CEO Jen-Hsun Huang chose the GPU Technology Conference in San Jose to unveil the company’s Volta, their upcoming GPU. Unfortunately, this will not be available until 2016.

According Huang’s keynote, the Volta GPU will introduce stacked DRAM (dynamic random access memory), which technically means it will have multiple connected layers of DRAM stacked atop each other on the same silica substrate.

The result: a GPU capable of moving the equivalent of a full Blue-Ray disc in a mere one-fiftieth of a second, which sounds great compared to the company’s high-end graphics card, “The Titan”, as it can handle 228 GB per second.

But this isn’t the only great news regarding what we can expect to see in future Macs. Tom’s Hardware has recently acquired an early sample of Intel’s upcoming Core i7-4770K Haswell Chip. According to their data, the chip will offer a 7%–13% performance increase compared to the currently available Ivy Bridge CPUs, which is a similar gain we saw with the move from Sandy Bridge to Ivy Bridge. 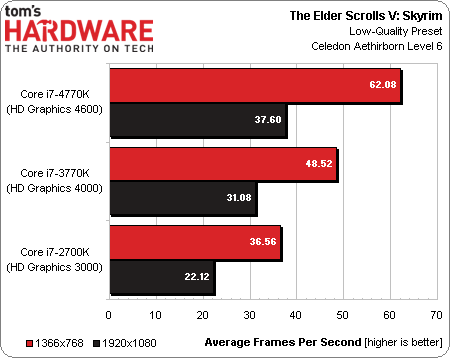