Apple customers will be able to communicate via Airplay with their host’s Apple TV much more easily than before. With iOS 8, Apple brings Airplay peer-to-peer discovery and a new streaming mechanism, as the updated company website reveals (via AppleInsider).

With iOS 8, you can wirelessly connect iPad, iPhone, or iPod touch to Apple TV without first connecting to the organization’s network. Which means you can present or share your work even if you’re offline or the organization has a complex network.

As of now, users establishing a connection between their iOS device or Mac and Apple TV need to be on the same wireless network as the set-top box in order to use Airplay. However, there are cases when the host can’t disclose the network’s credentials or the Apple TV is in an enterprise environment with another network. 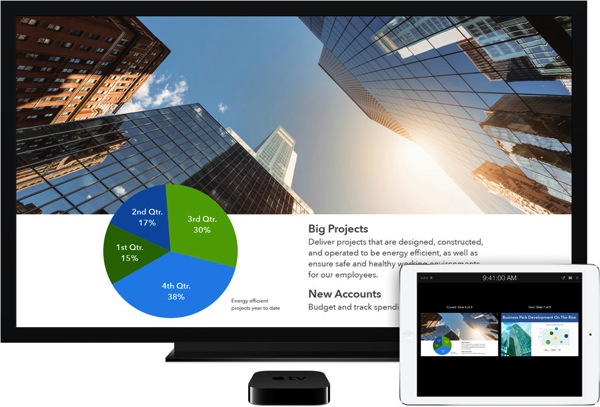 With iOS 8, all the aforementioned roadblocks are gone: iOS devices or Mac computers will be able to discover and stream to a nearby Apple TV without needing to connect to the same network. In other words, if you want to make a presentation and there is an Apple TV nearby, you can forget about asking for network credentials; your device will automatically discover the set-top box, and you can start streaming your content.

Hints for peer-to-peer Airplay connectivity were found in iOS 7.1 when developers discovered that iDevices could substitute Bluetooth for Bonjour when searching for nearby Apple TVs.