As widely anticipated thanks to the rumor mill built around Apple, the iPad mini was launched with a great fanfare yesterday. But everybody was surprised when Apple announced the iPad mini pricing, and the first reaction of future iPad (mini?) buyers was among lots of smiling faces: the device is overpriced. 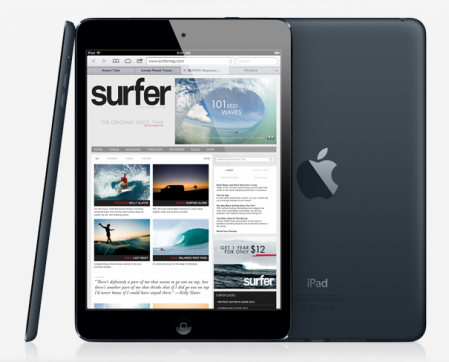 One thing is true: the pricing is $79 higher than the expected $250, but this doesn’t exactly mean it is an overpriced device. Another fact: Apple’s shares dropped after the announcement.

“We believe the iPad mini with its $329 starting price for the 16GB WiFi only model will help Apple reach a new customer base, particularly for holiday gifts to teenagers that may not have been able to afford the higher-end iPad,” Canaccord Genuity analyst Michael Walkley wrote.

Ben Reitzes of Barclays Capital, cited by Reuters
“We were hoping the price would be at least a little lower given its competition is situated as low as $99, with many starting in the $199-$249 range,” he said.

Chris Whitmore, Deutsche Bank cited by AppleInsider
“Due to the high quality of the hardware, we expect the device will be very well received by consumers once they have an opportunity to test it,” Whitmore said. Deutsche Bank has reiterated its price target of $850 for AAPL stock.

“In our view, the larger screen size and iOS 6 capabilities of iPad Mini stand to be good enough to grab share from the $199 tablet crowd.
We think the iPad Mini, coupled with the 4th-gen iPad, underscores Apple’s accelerated refresh rate of important devices and software,” he said. “With the iPad Mini and the new 4th-gen iPad, we believe Apple does not plan to forgo the profitable parts of the lower-end segments in tablets.”

What do you think: is the iPad mini overpriced?