Last month, Apple was ranked highest in J.D. Power and Associates 2013 US Wireless Smartphone Satisfaction survey for the 9th consecutive time and today, the Cupertino tech giant has been ranked as No. 1 in owner satisfaction with tablet devices for second time in a row. The study also reveals that 94% of highly satisfied tablet owners are likely to purchase additional electronic devices from the same manufacturer. 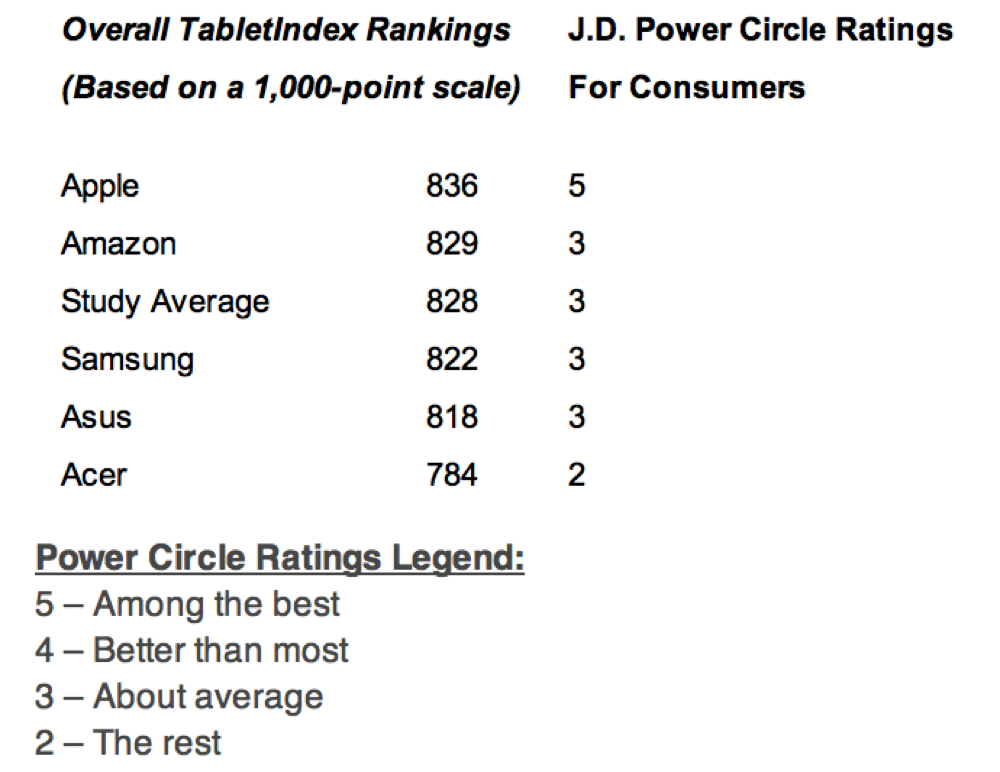 The study which measures tablet owner satisfaction among those who have owned their tablet for one year or less, took five key factors into account i.e performance (26%); ease of operation (22%); styling and design (19%); features (17%); and cost (16%). The survey notes that 51% of tablet owners share their device with at least one other person. Interestingly, when a tablet is only used by one person, overall satisfaction is 824 (on a 1,000-point scale), 28 points lower than when a tablet is shared by 4 or more persons.

“It is somewhat unexpected to find that although 64 percent of tablet owners were the sole decision-maker involved in their device purchase, many of them share their tablet with someone else,” said Kirk Parsons , senior director of telecommunications services at J.D. Power and Associates. “It is important that manufacturers understand this dynamic and try to provide an exceptional experience for all users since this may improve future business prospects, as high satisfaction through sharing a tablet device may result in owners handing down their tablet to a family member or friend, and the likelihood of repurchasing a new tablet from the same brand and running the same operating system increases.”

In fact, 41 percent of tablet owners who share their device among four or more persons indicate they “definitely will” repurchase their next tablet from their current tablet manufacturer, compared with 28 percent among those who do not share their device with any other person.

Highest ranking Apple (836) is closely followed by Amazon (829), who performs particularly well in the cost factor.