The super yacht built for Apple co-founder Steve Jobs has ended up being sequestered by lawyers of designer Philippe Starck, while lying in Amsterdam port, due to a payment dispute, Dutchnews.nl reports (via AppleInsider). 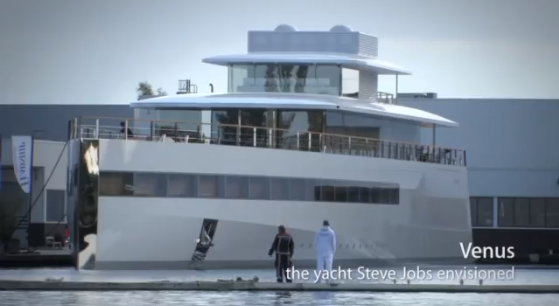 In other words, the dispute between the Jobs heirs and Starck centers around this 3 million euros of unpaid bill, according to the Rotterdam lawyer Roeland Klaassen’s statement to the Financeele Dagblad.

Bailiffs boarded the yacht named “Venus” last week, and the ship is now literally chained to the dock with port service companies instructed not to allow its departure.

The 80-meter ship was built completely from aluminum by the Dutch shipyards De Vries Scheepsbouw and Van Lent, and was launched in Aalsmeer two months ago.