The Kaspersky Lab has released its latest figures on the current state of the security of mobile devices, and these numbers aren’t looking good at all for Android.

Looking back at 2013, the number of the year is 315,000: This is how many new malicious files the company detected day by day on mobile and desktop computers. Back in October 2013, the Kaspersky Lab detected nearly 20,000 new mobile malware modifications: 50% more than the amount recorded throughout 2012, and that’s just in one month. 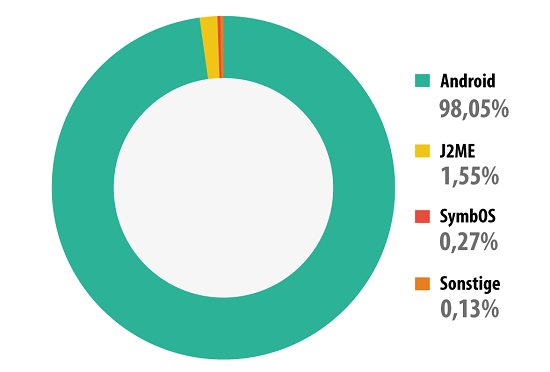 Android remained the No. 1 target of mobile malware, attracting 98.05% of known malware, while there is no word about iOS, nor BlackBerry. Instead, the report mentioned J2ME, SymbOS, and others as the mobile platforms attracting the rest of the nearly 2% of mobile malware. We’ve reached out to Kaspersky for comment on the matter and will update when we hear back.

The reason why Android took the crown for the most insecure mobile OS is the prevalence of its third-party app store and the fact that Android has an open architecture. This grants malware developers easy access, just like other app developers. This, however, isn’t expected to change in the near future, which is bad news for Android users.

The total number of mobile malware samples in our collection is 148,778 at the time of writing – 104,421 of them were found in 2013. October alone has seen 19,966 modifications, half the total that Kaspersky Lab found in the whole of 2012. Fortunately, this is this far from the situation we’re experiencing in the PC world, where we process a stream of more than 315,000 malware samples per day in our lab. Still, the trend is highly visible and continuing. 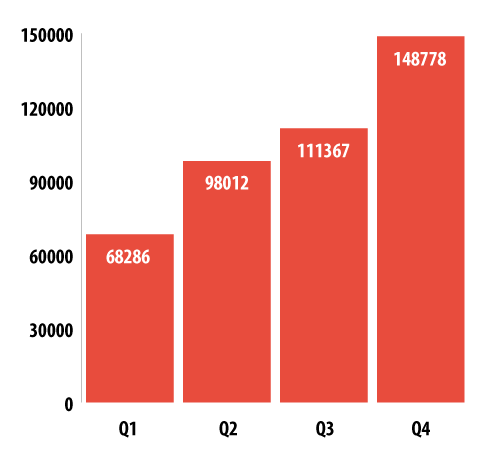 As you can see from the image below, SMS Trojan lead the field with 36% of mobile malware, while backdoor malware accounted for 26%. Considering that SMS Trojans, with a few exceptions, have evolved into bots, they the aforementioned two types of malware can be united under one category: Backdoor Malware. This means that 62% of malware included elements of mobile botnets. 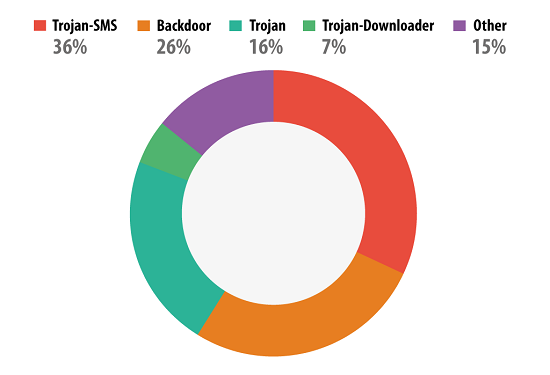 The Kasperky Lab report also raises awareness about the use of mobile banking apps, since online banking is the clear target of most mobile malware.