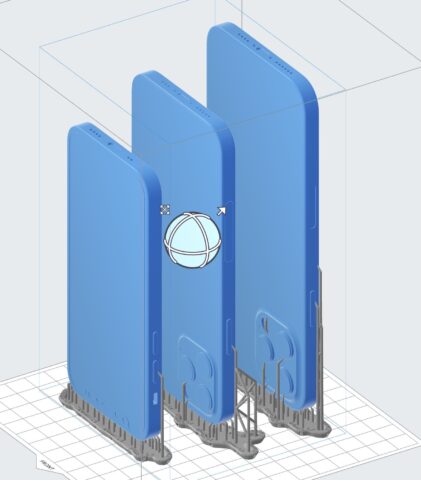 As we get closer and closer to the inevitable announcement of the ‘iPhone 12’, more leaks are beginning to surface. Giving us specifics on size and details, a new leak points to the ‘iPhone 12’ having the same sized notch. In addition, it appears as though contrary to many previous leaks, only one model may support the LiDAR scanner.

Credible leaker and YouTube channel EverythingApplePro posted a new image on Twitter. The image shows a computer-aided design (CAD) of the apparent iPhone 12 design. Most notably, based on the image, rumours surrounding the new line of iPhones having a smaller top-notch and featuring a larger camera array with LiDAR scanner may have been off.

iPhone 12 design will likely not be what we thought. Recent iPhone 12 CADs paint a completely different picture. Did Apple pull a fast one on the leak community? pic.twitter.com/bPYoij4V41

It’s been widely believed that Apple will release four models for the iPhone 12 family. EverythingApplePro believes the LiDAR scanner will only be supported on the 6.7-inch ‘iPhone 12 Pro Max’ model. Additionally, the CAD show off a ‘smart connector’ input on the side where a SIM card is typically housed. EverythingApplePro believes this to be a mmWave antenna, which lines up with the belief that all iPhone 12 models will support 5G connectivity.

Old notch style, even bigger ‘smart connector’ area on 6.1 model (apparently a mmwave antenna cutout) and no LiDAR on 6.1 12 Pro model. Lens layout is the same as 11 Pro.

This all being said, the image lines up with previous reports pointing to Apple’s 2020 iPhones having flat edges, similar to the iPhone 4 and current iPad Pro.

It’s always worth noting that CADs such as these are typically made by case makers to prep the eventual rollout of the new devices. These “predictive” images are used in factories and do not always represent the final build of the new devices.

The top-notch size, for instance, would not affect the product manufacturer if it was indeed smaller. The same could be said for the camera punchout if more models did indeed support a LiDAR scanner.

Apple recently launched its iPhone 14 series of devices, introducing the new 'Plus' model to the fold. The 6.7-inch device joined the standard iPhone 14 as part of the entry-level offering. However, prior to its official reveal, the iPhone 14 Plus looks to have been called the 'iPhone 14 Max.' According to Dutch blog iCreate (via...
Steve Vegvari
13 hours ago