The third-generation Apple TV was released almost two years ago in March 2012. Since then, the set-top box has only seen a slight tweak: It was upgraded to a smaller A5 chip, and that model is referred to as AppleTV3,2. However, recent rumours have whispered something about major upgrades, and hints of the new hardware discovered by developer Hamza Sood (via 9to5Mac) seem to corroborate that.

After digging into the iOS 7 builds, Hamza has found references to the next-generation Apple TV, mentioned as AppleTV4,1. Since the one introduced in 2012 is AppleTV3,1 and the updated 2013 model is AppleTV3,2, as mentioned above, the jump (4,1) indicates that the device will see notable changes in terms of upgrades. 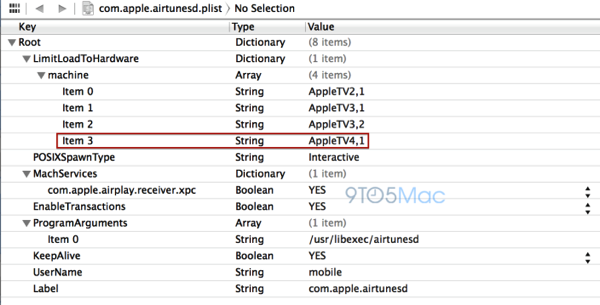 Tim Cook has promised new things for 2014, and it looks like the Apple TV will be one of those. Earlier rumours have already claimed that a new generation is already in the works, but the features weren’t clear at that time. Some said the new Apple TV would gain gaming functionality, while others claimed that it would become one set-top box with Airport Express functionality and more.

If Apple continues the Apple TV release pattern, we will likely see a new set-top box in March, alongside the highly anticipated iOS 7.1 release.