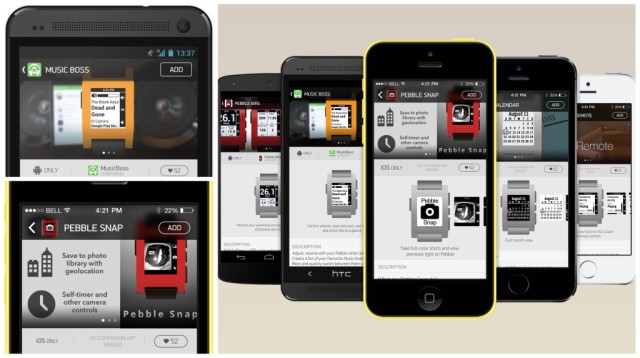 Pebble announced today that it has opened up its new Pebble Developer Portal. This means developers received the green light to upload their Pebble apps, which will be available for download in the forthcoming Pebble appstore, scheduled for early 2014.

The Pebble appstore won’t differ from other app storefronts in terms of functionality: It allows Pebble smartwatch owners to download apps and watch faces specially designed for the popular device.

Pebble app developers can now upload their Pebble apps for distribution in the upcoming Pebble appstore. When it launches in early 2014, the Pebble appstore will be a first-of-its-kind wearable tech application directory—giving Pebble users a one-stop-shop for searching, browsing, and installing Pebble watch faces and apps directly from the iOS or Android Pebble smartphone app.

It's confirmed that Rihanna will headline next year's Super Bowl LVLL Halftime show. 2023's mega-sporting event will be the first to see Apple Music take over as the official sponsor of the halftime show as Pepsi exits its deal. The news was confirmed via social media where Apple Music, Rihanna, and the NFL all confirmed...
Steve Vegvari
7 hours ago

Weeks after the official launch of the iPhone 14, Apple is already scaling up its new flagship product production. In order to meet demand, Apple will now be manufacturing its devices in India via Foxconn's plant in Sriperumbudur, Tamil Nadu. Apple officially revealed the iPhone 14 series on September 7th. Following its launch soon after,...
Steve Vegvari
8 hours ago