From Samsung’s perspective, no smartphone exists without Samsung’s patents, the South Korean manufacturer CEO said Wednesday to The Korea Times. 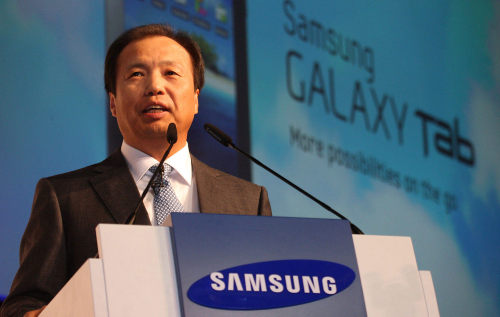 “The truth never lies. Without Samsung-owned wireless patents, it’s impossible for the Cupertino-based Apple to produce its handsets. As you know, Samsung is very strong in terms of portfolios of wireless patents,” said Samsung’s mobile chief Shin Jong-kyun in a brief meeting with local reporters in Seoul, Wednesday.

Shin Jong-kyung’s remarks come at the height of the International Trade Commission’s decision to give Samsung another chance to prove Apple is indeed infringing on four of its patents, as it will review the case.

“The re-evaluation decision by the USITC doesn’t necessarily mean Samsung is better-positioned for the fight with Apple. But Samsung will do its best. Samsung’s legal team is effectively responding to this fight. Yes, a new trial for the case is a possibility,” Shin told reporters.

From Shin’s position it is obvious: the company doesn’t want to walk HTC’s path to initiate and reach an agreement, especially when considering that Samsung’s patents make the iPhone manufacturing possible in the first place.

And as the South Korean company’s recent moves show, it isn’t just talking, but taking action: it turned to the court to see which patents are included in the HTC and Apple settlement.