Following media exposure over customer care, Apple is once again in focus in China. A Chinese company filed a lawsuit claiming Apple has copied components of Siri’s voice recognition software. 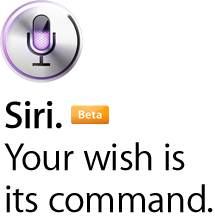 According to the Agence France Presse, the Chinese party says it patented its “Xia i Robot” software back in 2004, three years before Apple began working on Siri, which made its debut in 2011 with the iPhone 4S.

The threat of this lawsuit has been around since last year, when Zhi Zhen pointed to its patent application dated all the way back to 2004. But Apple kept pushing China, its second largest market after the U.S.

Zhizhen clams its product has wide application in areas like telecommunications, finance and e-commerce, with 100 million users in China. As a result, the lawsuit specifies:

“We don’t exclude the possibility of demanding compensation in the future,” he added.

The case is scheduled to be heard in July 2013.