All books written about Steve Jobs describe design as Jobs’ hobby or “some kind of whimsical add-on to his main product focus.” They are all wrong, says the designer who was there in the first place to help Apple transform computers from “business machines” into widespread consumer goods.

Harmut Esslinger, the creative mind behind Frog Design — founded in Germany 1969 around the maxim “forms follow emotion” — has decided finally to shed some light on Apple’s early days of design. And he wants to do it right, in the way he designs things: simple. In his book, Keep it Simple, which will be released October 9 at the Frankfurt Book Fair and obtained by Quartz, reveals how he as a designer took part of Apple’s history in the ’80s. And he doesn’t refrain from slamming all the bad guys, such as John Sculley and other execs at Apple, and speaks about his own work with the superlatives Steve Jobs spoke about Apple products.

As Esslinger points out, Steve Jobs dreamed big, and intuitively sensed what design could work for Apple, but the “limited” perception of design in the Silicon Valley has kept them behind. In fact, Esslinger believes that there was only one true talent there: a British designer, Bill Moggridge.

“Steve didn’t really know much about design, but he liked German cars. Leveraging that connection, I explained that design like that has to be a complete package, that it must express the product’s very soul; without the excellent driving experience and the history of stellar performance, a Porsche would be just another nice car—but it wouldn’t be a Porsche.”

The friendship with Jobs was born in 1982 after Esslinger bid on a secret Apple project and the Apple co-founder awarded the project to Frog Design. After explaining the importance of design, Jobs immediately realized that Esslinger was right when he claims the chief of design position at Apple, for a $1 million/year contract which guaranteed Apple that Frog Design will only design computers for Apple.

The day Esslinger met Jobs, he showed up in a t-shirt and jeans. He’d been informed that Jobs was the sort who might throw him out of his office immediately. Already nervous, his anxiety only increased when the first person to come out of Steve’s office was wearing a three-piece suit.
+
As it turned out, on that day Steve was wearing clothes even rattier than Esslinger’s. When Esslinger asked about the man in the suit, Jobs laughed and said, “That was Governor Jerry Brown—he’s looking for a job.”

Esslinger insisted on being in charge of all product design at Apple. All of the company’s internal designers would answer to him; and Esslinger himself would be answerable only to Jobs.

It was a direct implementation of what Esslinger insisted upon, in his first meeting with Jobs: Designers couldn’t simply be at the table: They had to be in charge. This leads to Esslinger’s central lessons for all companies aspiring to be like Apple: Beautiful design requires designers in charge.

The result: phones, tablet computers, Powerbooks were all realized by Frog Design in models, at a time when the technology to realize them simply didn’t exist. 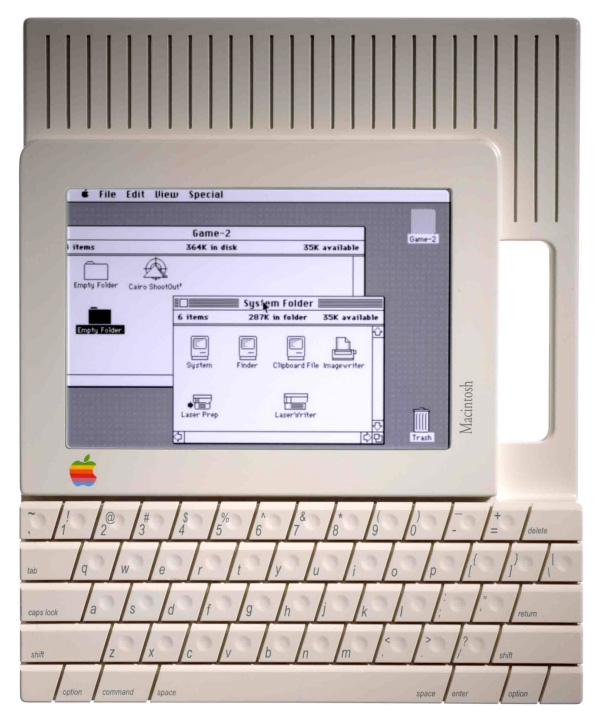 You can check out the full story at Quartz, it’s definitely a good read and the book will be one as well.