Apple’s Hong Kong staff messed with the wrong guy when they called a leading Taiwanese writer-now-film director an “idiot”, as he complained about copyright infringement of his work, South China Morning Post reports. 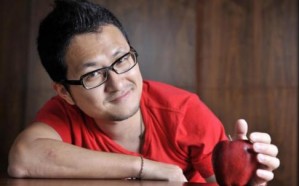 Sometimes the App Store rules don’t work as expected, Giddens Ko’s case shows. The man behind a box-office record Chinese-language romantic movie You Are the Apple of My Eye was refused permission to publish about fifty works of fiction in Apple’s iBookstore, because it couldn’t determine whether Ko was the rightful copyright owner.

This was happening while Ko had his stories published illegally in the Apple’s iBookstore during the past few years.

In reply, Ko has written dozens of complaints to Apple, but after seeing his letters end up unanswered, he went to Apple’s Hong Kong office in Causeway Bay, to deal with this issue in person.

But the result wasn’t what he expected: according to Ko’s manager Molly Fang Hsiao-ju, Apple staff members forced Ko to submit another written complaint, and when Ko wrote his complaint his manager filmed the process. As a result, Ko was called an “idiot” by an Apple staff member.

Apple has serious copyright issues with authors, especially in China. Ko isn’t the only one who has had their work published illegally in the iBookstore.

As of yesterday, eight out of 10 apps found on the App Store in the author’s name were copyright-infringing, Fang said. Apple once removed problematic apps when they reported them, but now new pirate copies popped up after three months, Gidden Ko’s manager said.